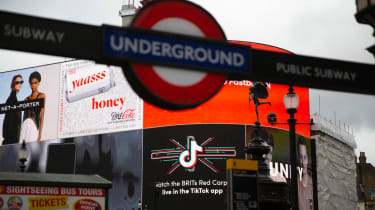 The UK government is reportedly planning to impose restrictions on how TikTok handles UK citizens’ data, following allegations of links to the Chinese government.

The news comes as the popular video-sharing app faces being banned from the US on the grounds of national security. Due to an executive order signed by president Donald Trump earlier this month, TikTok’s parent company, ByteDance, currently has 25 days to find a purchaser to take over its US operations.

Although European governments had so far restrained from following in the Trump administration's footsteps, reports claim the UK might reconsider TikTok’s presence in the country. The company has been considering moving its global headquarters to London due to its difficult relations with the US government.

Earlier this week, Conservative MP Iain Duncan Smith warned that “with a flashy campus in the UK, ByteDance would be free to masquerade as a British equivalent to Facebook or Google, gaining credibility in London”.

However, according to Bloomberg, a review led by the prime minister’s chief strategic advisor Eddie Lister found that the TikTok is not as significant a security threat as Huawei, which was banned from the country's 5G network earlier this month.

An anonymous source told the publication that, although the app might not be banned, it could be asked by the government to stop moving users’ data abroad.

TikTok is estimated to have over 3.7 million active users in the UK, with the largest share of users (26%) aged between 18 and 24.

It has also been confirmed that TikTok CEO Kevin Mayer has resigned from his role just days after the company filed a lawsuit against the Trump administration over the executive order. The company has announced that he will be replaced by US general manager Vanessa Pappas on an interim basis.

Mayer, who was also COO of ByteDance, joined TikTok less than three months ago. Prior to that, he held a top streaming executive role at Disney.

The company’s US arm is currently being pursued by Microsoft, Twitter, and Oracle, with the latter being endorsed by the US president.