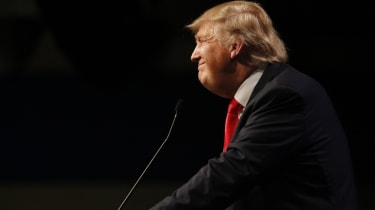 Meadows’ comments should come as no surprise, though. Last month, Meadows said the administration was looking at banning apps “that might collect personal information and have potential national security risk,” Reuters reported.

While the U.S. hit Huawei with many sanctions to limit its business, the Trump administration most recently set its sights on WeChat owner, Tencent, and TikTok owner, ByteDance. On Aug. 6, Trump signed executive orders banning transactions with ByteDance and Tencent. Then, on Aug. 14, Trump signed a separate order giving ByteDance 90 days to divest TikTok’s U.S. operations.

Oracle has since stepped up and submitted a bid to purchase TikTok’s U.S. operations. Microsoft and Walmart have also teamed up to bid on the popular video app. A deal was expected to close this week but is now up in the air after China updated its export restrictions to include technologies for “recommendation of personalized information services based on data analysis.”

This restriction may prevent any buyer from also getting TikTok’s valuable algorithm, which recommends content by ranking videos based on users’ interactions with the content they view.

While China’s Ministry of Commerce said this week it doesn’t intend to target specific firms with the export restrictions, ByteDance said it would “strictly abide” by the laws.

Reuters reported there are now four sale options under consideration, including bidders moving forward with an acquisition that wouldn’t include TikTok’s core algorithm.