Apps will be removed from app stores, but U.S. users won’t be penalized for use of either app 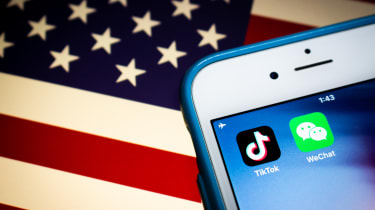 The US Commerce Department has issued an order barring people in the US from downloading Chinese-owned apps WeChat and TikTok beginning September 20.

“Any transaction by any person, or with respect to any property, subject to the jurisdiction of the United States, with ByteDance Ltd,” the order states, “shall be prohibited to the extent permitted under applicable law.”

The bans follow a pair of executive orders President Trump issued in August. The orders gave the Commerce Department 45 days to determine what transactions to block from the apps. That 45-day deadline will expire on Sunday.

The Commerce Department said it would not compel US users of the apps to remove or stop using the apps. Instead, it’ll no longer allow updates or new app downloads.

“We are aiming at a top corporate level. We’re not going to go out after the individual users,” one Commerce official told Reuters.

“The expectation is that people will find alternative ways to do these actions,” a senior official explained. “We expect the market to act and there will be more secure apps that will fill in these gaps that Americans can trust and that the United States government won’t have to take similar actions against.”

Starting Sunday, The Commerce Department is also shutting down any additional technical transactions with WeChat. Ultimately, the order looks to drastically reduce the app’s usability and functionality in the US.

“What immediately is going to happen is users are going to experience a lag or lack of functionality,” a senior Commerce official said of WeChat users. “It may still be usable but it is not going to be as functional as it was.”

While TikTok will face the same restrictions, the Commerce Department said those restrictions will not take effect until November 12 to give TikTok owner, ByteDance, the time to solidify a deal for its US operations.

Oracle has submitted a proposal that would make it TikTok’s technology partner and allow ByteDance to retain majority ownership of the popular app.

Officials have conceded nothing is barring Americans from traveling to a foreign country and downloading either of the apps in question. Tech-savvy users may also find workarounds allowing them to continue using the apps. Regardless, the Commerce Department has said it won’t penalize individuals in the U.S. who use TikTok or WeChat.