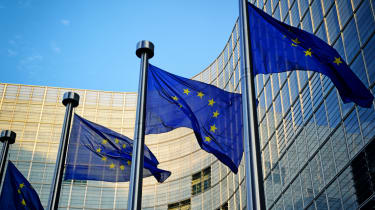 The EU’s markets regulator has been called on by French and Dutch officials to take preemptive measures against US tech giants to curb their ever-growing influence on markets.

French digital minister Cedric O and Netherlands secretary of state for digital affairs Mona Keijzer have put forward a paper calling on European regulators to act decisively against “gatekeeper” platforms, according to the Financial Times.

The EU has been devising legislation to regulate these companies, including the likes of Apple, Google, and Facebook, with regulators seeking broader powers to clamp down on anti-competitive industry practices.

Thierry Breton, the EU’s internal market commissioner, told the FT last month these new powers could also include the ability to break up or sell off operations in Europe if their dominance is deemed too dangerous to small businesses. These powers may even stretch to excluding big companies from the single market altogether.

The paper proposed by the French and Dutch ministers explore similar measures, including forcing these companies to allow users to take their private data to a competing platform. Other proposals include banning firms from promoting their own services, such as Google advancing its other interests, ahead of similar services offered by smaller rivals.

“France and the Netherlands have different cultures and come from different positions,” said O, according to the FT. “But we have a common interest, from a sovereignty point of view, from a competition point of view to regulate tech players.”

Keijzer, meanwhile, added that regulators should devise rules that prevent platforms from becoming too big, adding “breaking up big companies can be a possibility”.

This backing from France and the Netherlands adds weight to the EU’s own mission to clamp down on some of the practices of tech giants, with the aforementioned companies often in the sights of its competition regulator.

The EU’s plans, which have been in the pipeline for many months, could mean up to 20 companies would be subject to far stricter rules, after suggestions the tech industry could abide by voluntary self-regulation fell flat.

Regulators have already been taking routine action against the companies likely to fall under new rules, for example opening two antitrust investigations into Apple in June 2020, and last year fining Google €1.49 billion for violations.

The European Commission has also called for tech giants to pay “fair taxes” after “winning” during the COVID-19 pandemic, with Apple, for example, exploding in valuation to exceed $2 trillion; the first US company to do so.