Should I let my staff choose their own kit and, if so, how?

By allowing your employees to specify which devices they use at work, you could end up saving money 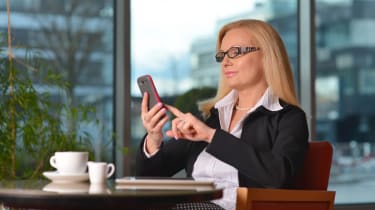 Bring Your Own Device schemes (BYOD) have been gaining ground for 20 years, but their popularity has been patchy. Higher-growth economies have been most enthusiastic, while mature markets have been more cautious.

An Ovum survey of 2012 found that less than half of workers in the latter group - countries such as the UK and US - were likely to use their own laptop or mobile at work. It compares poorly with the 75% who, in countries such as Russia, Brazil and India, have a say over the hardware they use from Monday to Friday.

If countries like these are expanding much faster than us, the question has to be asked: could allowing your staff to use their own kit make them more productive?

It may, but for many organisations, BYOB is far from a perfect fit. Giving staff the freedom to choose their devices can increase support costs, and gives them a sense of ownership that may not be warranted. This makes it difficult for management to insist on the use of particular applications, utilities and security protocols.

Perhaps it's no surprise, then, that the National Cyber Security Centre, part of GCHQ, recommends Choose Your Own Device (CYOD) in place of BYOD. In a scheme such as this, staff pick from a limited range of pre-filtered hardware. Depending on the price of the device they choose, they'd either receive it free, or be asked to contribute through salary sacrifice to fund anything more expensive than their employer had budgeted for.

Either way, the firm retains control over the device and, as the range of hardware on offer is limited, it can often reduce its support costs, too.

Staff 'buy in' by buying in 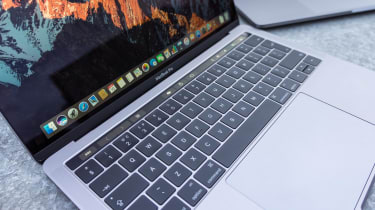 When Intelligent Rewards rolled out a CYOD scheme for an international charity, 43% of the charity's staff immediately gave up their assigned Dell laptops in favour of a MacBook. That's not particularly surprising, until you learn that the staff each paid more than 100 a month, before tax, to fund the upgrades themselves.

"There's sometimes a question about if schemes like this are employee benefits, which inevitably means HR needs to get involved, or if they should be driven by IT," said Tony Gregory, Intelligent Rewards' co-founder and director. "Our view is that it should be managed by the CFO, because these schemes are focused on cost savings, maximising the IT budget, and giving the employee an element of choice in a controlled environment. That way, the hardware range remains relevant to the working space, you can be sure it works with the corporate network and infrastructure, and guarantee that it's fit for purpose."

Schemes like this aren't a way for staff to buy cheap hardware for personal use, as may be familiar from cycle-to-work schemes, which is why they don't include TVs or an Xbox. They're alternatives to traditional procurement policies, which help firms benefit from co-investment in the latest tech, while reducing costs.

"We did an exercise with a UK-based technology outsourcing provider, which was giving its staff a choice of three mobile handsets. These were the ones that were bundled with its corporate contract with O2. If the staff instead wanted an iPhone 5 or Galaxy 6, they could, but they'd have to pay the difference," Gregory said. "The business [and the staff both] benefit from the new technology, but there's no cost to the business for doing that." 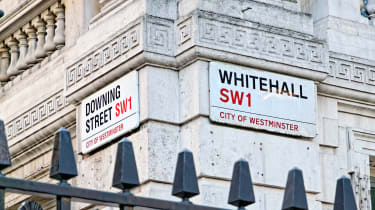 If you think it sounds like a company car scheme - choosing from a limited range, upgraded at regular intervals - you're not entirely wrong, but there is one key difference.

Company cars attract tax based on their benefit in kind (BIK) rating, which isn't the case with CYOD: the hardware on offer is a replacement for the tools an employee would be using anyway. This remains true, even if they've contributed to the price of a more expensive device.

CYOD schemes should be cost-neutral for employers, and could actually save money over the long term. Analysis by IBM indicated savings of 1,300 per employee once they removed the cost of hardware and associated support. Further savings can be made on the corporate side through reductions in employers' Class 1A NIC contributions. Staff make savings too, because they can usually buy the hardware at a discount. They also won't need to submit to a credit check, as any surplus payments will be deducted at source.

The Information Commissioner's Office reminds businesses that, whoever actually owns a device, "the [company's] data controller must remain in control of the personal data for which he is responsible, regardless of the ownership of the device used to carry out the processing." It means any machines carrying personal data, such as customer records, must be adequately protected and monitored.

Nonetheless, the ICO is by no means against such schemes in principle, recognising that BYOD, which spawned CYOD, has numerous benefits including, "improved employee job satisfaction, overall morale increase, increased job efficiency and increased flexibility".

Whichever way a PC or Mac is used, traces of that use will be scattered about its internal storage, which raises other questions where privacy is concerned. Notably, states the ICO, when "employees' use of their own devices will mean that the employer ends up processing non-corporate information about the owner of the device and possibly others who use it, for example family members."

Ideally, a distinction needs to be made between the machine's two uses, which may require that data management policies be written and implemented, or that the machine is partitioned to fully separate the "work" and "home" environments. You might also need security tools installed in the work partition to protect sensitive data, and keep it separate from personal records.

It's not for everyone 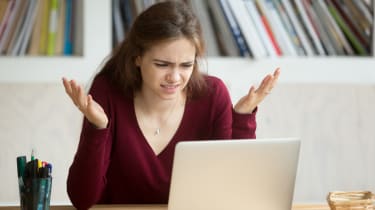 Making sure CYOD is fit for business isn't always appropriate. Some employees have little interest in choosing their own device; many might consider it bizarre to pay for the tools they need to perform their job, while some have roles that simply won't be suited to CYOD.

It wouldn't suit a call centre, where staff can rarely work remotely, but is better suited to sales staff, who may need to work off-site. Where it can be implemented, it gives employers a defined process for regularly updating hardware, while delivering savings that can be re-invested elsewhere, perhaps on hardware to support projects that would otherwise have been postponed.

Setting up a CYOD scheme through a finance model means that every two years a device could be updated, and have a residual value built in," said Gregory. When the scheme provider can pencil in guaranteed future income, it can often afford to discount the hardware.

"The employee won't need to pay the full price of the hardware over the agreed term [and] when the agreement comes to an end, they could pay fair market value if they wanted to keep it, or hand it back and enter into a new scheme."

However, it isn't always necessary to abandon your hardware supplier, who may be able to provide devices through a third party. Intelligent Rewards manages schemes for several large firms, effectively bridging the gap between their IT and finance departments, and the hardware suppliers.

The service needn't cost the employer, either. Intelligent Rewards makes its money through insurance and extended warranties, rather than charging an administration fee. The key, says Gregory, is to give staff sufficient choice, without introducing so many options that they could become a support burden for the company signing up. Offloading to a third party is likely the simplest solution, but active corporate buy-in is key, if it's to work for the business, as much as it is for its staff.