Shoppers frustrated as they struggle to get the best deals 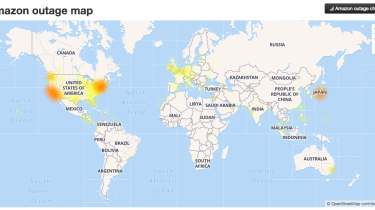 The online retailer's second biggest shopping day of the year was beset with issues shortly after its 3pm US launch, according to DownDetector.com, which tracks service outages, and users continued to report problems for six hours.

Affecting mainly the US, the outage also hit parts of Europe, and shoppers reported issues getting onto the website, logging into their accounts and during the checkout process.

Amazon said it was trying to fix the problems, telling customers there were still "more than 34 hours to shop Prime Day".

However, shoppers reacted with anger as they struggled to find deals that Amazon typically offers only for a limited period of time.

Nobody really cares about how many items were sold in the first hour. #PrimeDay2018 has been live for 2 hours and I still can’t search for anything.

This Amazon outage literally unregistered my Kindle Fire and I can’t even use it. Really?! #PrimeDay

Some, however, had some understanding for Amazon's plight as it saw millions of users trying to access its site at once.

While others saw the incident as a learning opportunity for Amazon's cloud division, Amazon Web Services.

Exciting time to work at #Amazon! Imagine how much they could learn from the recent #PrimeDay outages and use them to better their #CloudServices #AWS.

Meanwhile, Amazon factory staff reportedly went on strike around Europe about their working conditions, with 1,800 workers in Spain joined by staff in Poland, England, France, Germany and Italy.

The outage issues may mean Amazon fails to top its takings from Prime Day last year, when it made $1 billion from sales, 55% more than it earned from Prime Day in 2016.

IT Pro approached Amazon for comment, which referred us to this statement from an AWS spokesperson: "AWS continues to function normally. We saw some intermittent AWS Management Console issues earlier today, but they did not drive any meaningful impact on Amazon's Consumer Business."