Employment tribunal finds in Linwood's favour, after he was sacked over failed DMI project 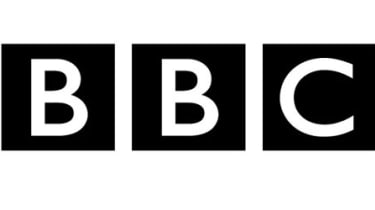 Former BBC CTO John Linwood, who was sacked over the failure of its 98.4 million Digital Media Initiative (DMI), has won his unfair dismissal claim against the broadcaster.

Linwood was sacked from the CTO's post in July 2013 after work on the DMI was called off in May 2013.

The project aimed to overhaul the way BBC staff used, developed and shared multimedia material by introducing a tapeless system, but was shut down before it became operational.

Linwood went on to pursue legal action against the BBC on the grounds that he was unfairly dismissed, and made a "scapegoat" for the multi-million write down the corporation had to absorb as a result of DMI's canning.

A series of hearings for the case took place in May and June, and heard evidence to suggest the DMI project was already struggling before Linwood took the job of CTO in April 2009.

An employment tribunal judgement, dated yesterday, "unanimously" backs Linwood's claim that he was unfairly dismissed and that his conduct contributed just 15 per cent towards his own dismissal.

In a statement to IT Pro, Linwood reiterated his claim about being made a "scapegoat" by the BBC for the failure of DMI and described the past year as "horrendous" for him.

"I was told to resign or be put through a disciplinary process and face dismissal. I refused to resign because I had not committed any act of misconduct," the statement reads.

"The employment tribunal has now found that the allegations made against me were general, vague, broad in nature and non-specific' and virtually impossible to address in any practical way' and that my summary dismissal was profoundly, procedurally and substantively unfair.

"The Tribunal found that the entire BBC Executive was well aware of the problems of DMI throughout and that I was reporting factually through the appropriate channels," it adds.

In a further statement to the Guardian about the case, a BBC spokesperson said the tribunal was the result of a "difficult set of circumstances" for the corporation.

"We had a major failure of a significant project, and we had lost confidence as the tribunal acknowledges in John Linwood. At the time we believed we acted appropriately.

"The tribunal has taken a different view we are disappointed with the outcome, but nevertheless we will learn lesson from the judgement and we're grateful to staff who were involved in deadling with a very difficult case," it concludes.

A decision on the compensation Linwood will receive as a result of the outcome of the tribunal is expected in due course.