Vodafone is the latest technology company to set up a scheme to attract ex-service personnel, benefiting both recruits and industry 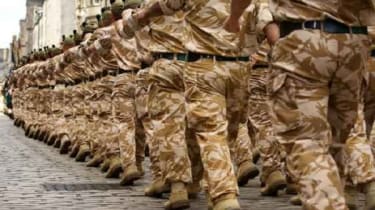 The UK's looming skills shortage in technology is well documented. The Recruitment and Employment Council, for example, has identified a shortage of skilled IT staff as one of the greatest threats to economic growth.

The problem has prompted action by the Government, to encourage more school leavers to take apprenticeships in IT and technology, and to encourage more students to take science subjects at GCSE, A level and beyond. GCSE computing courses are being revamped.

But these measures, especially those in schools, take time to filter through to the workforce. If kids in Year 9 are persuaded to take Computer Science as a GCSE option now, it could be the best part of a decade before they enter the workforce, and longer still before they will have any real work experience, or professional qualifications.

There is, though, a source of qualified and skilled technologists at hand, and businesses are starting to see their potential. These are ex-Forces personnel.

Just this week, Vodafone announced that it had signed the Armed Forces Corporate Covenant, which includes such commitments as flexible working for Reservists. But Vodafone will also be actively recruiting ex-Forces personnel, through a set-up called the Career Transition Partnership.

As part of a plan to attract more ex-services recruits, Vodafone will set up a simplified recruitment process for military personnel leaving the Royal Corps of Signals. This will run as a pilot this Spring, with a view to extending the programme to people with similar skills from other Army regiments, the RAF and the Navy.

Vodafone hopes that the scheme will plug gaps in its recruitment of skilled engineers and IT specialists. But there are other attributes that make ex-Forces personnel attractive to employers in the technology sector.

"Services personnel, whether veterans or Reservists, are highly self-motivated, committed to serving others and can be trusted to deliver every time, in any type of high-pressure environment," Vodafone UK's CEO Jeroen Hoencamp, himself a former Royal Netherlands Marine, told the Partnering for Defence conference.

Vodafone is by no means alone in seeking out skilled ex-Forces personnel.

IBM, for example, is launching a scheme, that will train Service leavers as i2 security analysts, with a view to helping them find roles in the IT industry. The IBM scheme is part of the company's citizenship initiatives, rather than a recruitment scheme, which would lead directly to a job at IBM.

But, as IBM's Corporate Citizenship manager, Mark Wakefield pointed out, IT security is one area where there is both a real skills shortage, and a good fit with military experience.

At consulting firm KPMG around 10 per cent of staff working in cyber security are ex-Forces, while The Bunker, an ultra-secure hosting service, not only operates out of ex-MOD facilities built to resist a nuclear strike, but employs ex-Forces staff to run it. And BT is recruiting ex-military staff for projects including bolstering its fibre networks.

With technology skills remaining in short supply and the UK relying more on its Reservists for defence more IT directors could do well to look to the military for a source of new recruits.