Why do women choose to leave the tech industry?

Although efforts are being made to bring more women into the tech sector, many face insurmountable barriers once they get there 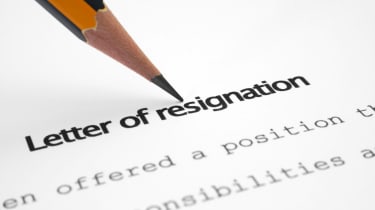 We're all aware of the disparity between men and women in the tech industry and the need to bring more equality to the workplace for the benefit of everyone on both a personal and a business level. But what about women who have left tech to enter other industries?

Much focus goes to getting young girls and women interested in STEM subjects at school-level, with the aspiration of eventually closing said gender gap, but what happens when they actually get to the office?

From inflexible working for new mothers, to the gender pay gap and harassment at work, when women enter IT there's a chance they'll be greeted with an environment that is more hostile than they'd imagined.

Sarah Beilfuss, co-founder of Scarlet Ladies Talk - a hub for female professionals seeking advice and support from fellow women left her role as a project manager for IT consulting after she suffered a breakdown.

"When I was offered a client facing role on a project abroad, I jumped at the opportunity," she told IT Pro. "I had been assured that the environment was safe for women, which turned out not to be the case. As a woman I was unable to leave the house on my own, I was not allowed in the local gym and our colleagues on client site would refuse to shake my hand.

"It was a very hostile environment for women and I constantly felt I had to prove myself more than anyone else. I worked in excess of 80 hours every week, always trying to do that little bit more. When I was nearly raped by a taxi driver, my male colleagues did not take me seriously and accused me of 'catastrophising'. My concerns were dismissed and I was forced to take a taxi on my own again the very next day."

Sarah suffered a breakdown and was diagnosed with PTSD upon her return home. Left bedridden for a year, she went on to co-found the London-based Scarlet Ladies Talk.

Sexual harassment is rife in Silicon Valley too, with a survey conducted earlier in 2016 revealing that more than 60% of women had experienced 'unwanted advances' while working in the tech industry. Of this number, 65% revealed that advances had come from a superior and 60% of women who reported the abuse were left dissatisfied with the response.

Another longstanding issue women wanting to pursue a career in tech is the gender pay gap. In fact, at the current rate, November 10 marks the last day of the year the average woman earns a fair wage, should she be paid a salary equivalent to her male colleagues.

This adds up women in tech working in the UK earn 9 % less than male colleagues, according to recent figures  equivalent to 5,000 less per year. The report, based on 10,000 job offers, theorises this may be down to the lack of regulation in mid-size (between 200-1,000 staff) companies. In other words, if firms can get away with it, then it's likely to go ahead unchallenged.

High profile companies like Apple may claim that the pay gap has been eliminated, but the truth is that this isn't reality for a lot of talented professionals. Just this month, 300 Fujitsu employees staged a 48-hour strike over an estimated 16% pay gap.

"As a male dominated industry at the time I was one of a few female managers who wanted to lead in a way that was seen as weak" said Nicola Marshall, former employee of ITNET (acquired by Serco in 2004). "I spent much of my time battling against a dominant attitude of management and leadership.

"I know that I was paid less than my male colleagues but as I worked my way up the company I never had the big jump in salary that some of them had."

Historically male dominated, there's a sense that tech companies have little idea how to utilise diverse talent once they have it. Nikki Hollier, who sold HP hardware to datacentres for 13 years before going on to work as a salesperson for higher education in Europe at a well known analyst firm, knows this bias all too well, leaving the tech world to retrain as a garden designer and launch her own business.

She said: "Just before I joined [the company], the chief executive decided that he was going to make a cookie cutter mould of a successful salesperson what they should do; their activities; their traits just everything about them. By the end of those five years, you had to fit the mould and, of course, you're really constrained. It was like being a battery hen."

As a naturally creative person, she found the environment stifling and counterproductive.

"By the time I left ... they were actually recruiting more women because they found them to be more empathetic in a sales role," Hollier continued. "It's an interesting concept to look at how they were developing their business and the direction they were going in. Yet in the actual IT department, it was all men. I think they were trying to work out what role women could play in tech."

Companies aiming to welcome in more diversity and broaden the talent pool are admirable, but there are also systemic problems that remain within the industry. If these remain unchecked, and female employees continue to be short-changed in both pay and treatment, it will be near impossible to accelerate change.