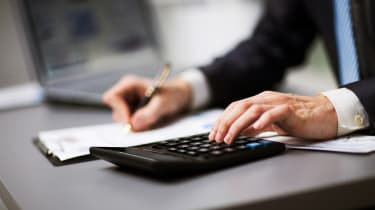 Recruiters want MPs to delay anti-tax avoidance legislation, after saying Parliament is in danger of accepting a new business tax regime "that effectively jumps the gun".

The Association of Recruitment Consultancies (ARC) has sent a letter of objection to MPs regarding IR35, which is included in the new Finance Bill, and would require public sector bodies to examine its relationship with contractors to determine if they are paying the right amount of tax.

Public sector contractors who pay themselves through dividends via limited companies, but whose relationship with the public sector body resembles that between an employer and employee, would be required to pay the same tax as a full-time employee.

"Although we welcomed the amendment to the Finance Bill which, crucially for the agency sector, now makes the public sector hirer liable for the consequent tax in various circumstances, we said at the time that the new legislation still created a number of problems," Adrian Marlowe, chairman of ARC said.

"The legislation takes an entirely new and worrying approach to contractor and payroll tax and creates a whole series of difficulties. We think it right and proper for these issues to be drawn to the attention of MPs who are now being asked to consider the Finance Bill."

"Apart from the lack of proper transitional provisions for existing contracts, the core underlying issue is the continued use of the old fashioned IR35 test as the starting point," Marlowe continued.

"Surely that baby is now too big for the pram? Its continued use leads to all the conflicts that arise, the need for the much criticised online tool, and the various damaging impacts that do not appear to have been properly thought through. We believe the new approach needs a thorough review so that it does not slip in under MPs' radar."

ARC added that the entire law for supplied agency workers should be overhauled to stop fragmentation of the sector, but it will not take action until there's a conclusion to the Matthew Taylor and HOC Select Committee report, which seeks to investigate into employment status and corresponding taxation.

This is due to happen later in 2017 and will hopefully give MPs the motivation they need to delay the implementation.