Upton Funk: what’s next for the man behind the Pi? 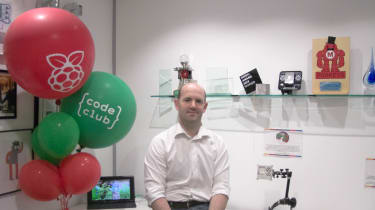 Walking into the Raspberry Pi Foundation's offices, you wouldn't think it housed one of the most influential tech companies of the last decade. The organisation's headquarters are situated on one floor of a small building in Cambridge that resembles a 1970s university library more than anything else and is flanked by impressive, modern buildings owned by Microsoft, Deloitte and KPMG.

Don't be fooled, though; the company behind the 30 microcomputer has gone from strength to strength. It recently celebrated three milestones, hitting its 5th birthday, its eighth product launch and its 12 millionth unit sold virtually all at once.

One of the driving forces behind this success has been Eben Upton, the founder and mastermind behind the Raspberry Pi. With stints at Broadcom, Intel and IBM - not to mention a three-year tenure as Cambridge University's director of studies for computer science - Upton has an impressive technical pedigree behind him.

Talking to him, it's immediately clear that the Raspberry Pi is the definition of a passion project. He lights up when talking about engineering problems and has boundless enthusiasm for all things technical. Habitually dressed in jeans and rolled up shirtsleeves, Upton's demeanour is a cross between a well-liked sixth form teacher and a starry-eyed Silicon valley programmer. 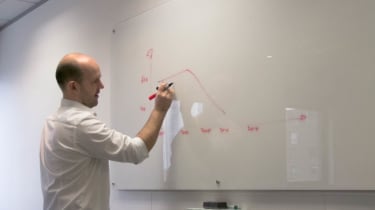 One gets the impression that this isn't the carefully-crafted look of artificial nonchalance commonly worn by tech CEOs but a genuine result of Upton getting his hands dirty with the day-to-day grunt work of engineering alongside the rest of his staff. He dismissed the idea of working on shiny new technologies like AI, saying (with obvious relish) "the stuff we're good at tends to be grungy, low-level systems programming".

It's this passion that has driven the Raspberry Pi Foundation since the beginning. Founded as a way to get more kids into computing at an earlier age, the Foundation has always been motivated by its values rather than its bottom line. Nowhere is this more evident than with the Raspberry Pi Zero - a fully-functional computer that Upton sold for a mind-boggling $5. Roughly the size of a packet of chewing gum, the Zero is Upton's favourite product - a fact that is given away by the beaming grin that breaks out across his face when we bring it up.

"I made a million computers," Upton points out, "and I turned over five million dollars." For any other tech company, selling a product that cheaply would be lunacy, but the fact that the very concept of it's howlingly insane is part of the reason Upton is so fond of the Zero. "I love that we were able to do it," he says; "I love that it worked."

In many ways, the Raspberry Pi Zero is emblematic of the company as a whole. The first Pi models were a runaway hit, but rather than resting on their laurels, Upton and his team went out and built the world's smallest commercial PC - for fun. "It was just wonderful to be able to take a business that was going well and still be aggressive enough to say 'what happens if we just tear it up and do something else?'" 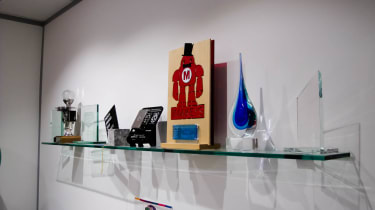 With all this hardware innovation going on, though, it's easy to forget that devices like the Zero are effectively a side project for the Raspberry Pi Foundation. "You've got to remember that actually, in the end, we're a charity," Upton says. The foundation was set up with the aim of getting kids into computing, but its efforts don't stop at making cheaply available hardware for them to practise on.