Number of international IT workers has increased by 50% since 2012 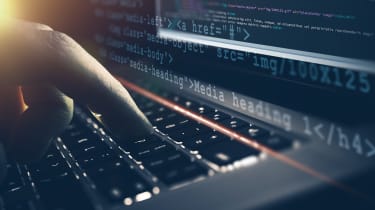 Research by IT contractor services provider SJD Accountancy has revealed that the UK has become a hotspot of non-EU-based IT staff as individuals flock to the country to take advantage of the skills gap.

The firm uncovered data by the Home Office, which showed 36,015 non-EU IT professionals came to work in the country in 2016, up 50% compared to 2012. Although this means businesses are able to fill roles UK staff aren't able to, it does show that something needs to be done to close the IT skills gap in the UK.

This is demonstrated by other figures that reveal the number of students obtaining undergraduate and postgraduate computer science degrees has fallen considerably over the last five years, with just 21,250 graduating, compared to 24,765 in the 2011/2012 academic year.

"Despite Brexit uncertainty, the number of work permits issued to non-EU IT professionals rose for the fifth consecutive year in 2016 to reach a record high," Derek Kelly, Chief Executive Officer of SJD Accountancy said.

"The rate of increase slowed in 2016, which is possibly due to sponsors taking stock of the Brexit vote. Bringing in a non-EU worker entails a higher level of commitment and is something hirers are more likely to do when there is more certainty over future demand. Brexit uncertainty is likely to have persuaded some work permit sponsors to hold off and look to contractors to plug skills gaps."

"Despite attempts to rectify the UK's historic underproduction of IT skills, we are more reliant on foreign talent than we were before the recession," Kelly added. "These numbers show that the expansion of the UK tech sector is at risk if we are unable to keep up with demand for IT skills. Skill shortages can delay projects and push up costs for businesses."

However, the good news for IT contractors is that competition is driving up pay levels. The number of IT contractors earning 500 or more a day has risen from 39.1% to 42.1% during the past 12 months.