The top programming languages you need to learn for 2019

With hundreds of coding languages out there, which ones will earn you the most? 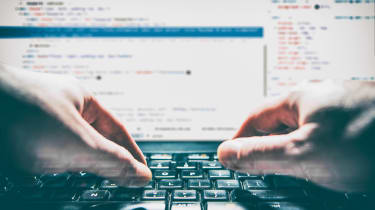 By most estimates, the IT industry is heading towards a skills shortage, as the number of available tech roles grows faster than qualified professionals can be trained to fill them. One of the most sought-after skills is programming, and more and more businesses are on the hunt for developers as they transition to software-driven strategies.

With this in mind, there's never been a better time to add some software development skills to your CV. Whether you're a non-developer looking to bolster your employability by cross-skilling yourself or an experienced coder that wants to add a few more competencies to your repertoire, these are the best programming languages to start learning.

Average salary information is provided by PayScale, and is correct as of September 2019

One of the most venerable programming languages still in mainstream use, SQL was first developed in 1972. Nevertheless, it's retained its popularity, and is still an essential part of modern business IT. This is because it's designed for managing large databases from the likes of Oracle, Microsoft and IBM, which still power a plurality of enterprise applications.

While SQL may seem a bit old-fashioned, it's actually surprisingly versatile, and can run big data applications as well as more traditional databases. It's one of the most reliable languages out there - which is part of the reason behind its enduring popularity.

Another language that has remained in pretty much constant rotation despite its advancing age, JavaScript powers a phenomenal amount of the web. Built specifically for web development, it's the technology that powers things like rich media, online video, dynamic pages and much, much more.

There are very few pages that don't include various elements of JavaScript, and it's absolutely integral for building web-based applications. Indeed, it's the fundamental foundation of virtually all browser-based SaaS applications, which makes JavaScript programmers highly sought-after.

Not to be confused with the similarly-named but unrelated JavaScript, Java is actually a slightly younger and completely different language. While JavaScript is used almost exclusively for web-based programming, Java is more versatile. It's often used for back-end and server-side tasks, for example, and will run across a huge variety of different environments. It's used by around 9 million developers on some 7 billion devices and PCs, even propping up some of the most viewed websites in the world, including Netflix and Amazon.

One of Java's main benefits is that it's a highly-scalable language, so is well-suited to enterprise applications. It's also been in use for many years, so is already a key part of many organisations' environments. It was designed to allow programmers to run their code on different machines and operating systems with minimal fuss, so long as there is a Java Virtual Machine (JVM) installed. This allows the code to speak a common language and is an ideal choice for developers working on cross-platform networks.

Python is widely considered among the easiest languages to learn, largely due to its simplified syntax, so it's not surprising that it's one of the most popular. Don't be fooled though; Python isn't merely useful for novices trying to find their feet. It's also widely used in emerging fields like robotics, AI and big data, so can be a valuable skill even for experienced devs.

Python's relative simplicity makes it the perfect skill for new developers to learn, as it provides a great way to get to grips with the basic fundamentals of programming whilst still offering a tangible benefit to earnings potential. Like Java, Python has access to repositories of pre-written codes that will work on most operating systems. This makes it an excellent teaching tool, allowing new coders to think about problem-solving rather than learning a complex language from scratch.

An offshoot of the original C language, C# (pronounced 'C sharp', like the musical note) is a combination of the best features of C and C++. It's built specifically for Microsoft .NET, and is thus one of the best options for developing code for Windows systems. It uses XML and SOAP to include elements of object-oriented programming, which gives developers additional speed when coding.

C is particularly great for developing lean applications; it has a minimal runtime, and it runs incredibly close to the bare-metal it's running on. This makes it a good choice for embedded systems like IoT devices. It's also versatile enough to handle back-end and front-end development.

Ruby may not be as popular as some of the other languages on this list, that actually makes it more lucrative for those that do learn it, as it's generally a rarer skill than the likes of Java or Python. Ruby has some key advantages - the simple syntax makes it incredibly flexible, and easy to rapidly code with. It's also compatible with Ruby on Rails, a full-stack framework for web apps that makes it faster to get up and running.

These factors make it popular for startups, or for prototyping new ideas within existing companies, but because it's dynamically rather than statically typed, it's difficult to scale. As the codebase grows, errors become harder to detect and the app itself becomes more unwieldy.

A relatively new kid on the block compared to august languages like JavaScript and SQL, Kotlin is making some big waves in the dev community. This statically-typed language has been officially designed by Google as a preferred language for developing Android apps, which is significant given that Android devices make up 40% of all operating systems worldwide, according to StatCounter.

Kotlin is 100% interoperable with Java, runs on Java Virtual Machine and even compiles into JavaScript, making it an excellent full-stack language. It's shooting up in popularity, and commands the highest average salary on this list.

Developed by Apple for creating iOS apps, Swift is an open source language that's designed to be simple to pick up. Like Kotlin's relationship to Android, Swift is the preferred language for writing apps for any of Apple's platforms, including iOS, macOS, watchOS, tvOS and iPadOS.

This makes it an essential tool for any app developer, but it does limit its usefulness outside that arena. It's not particularly widely-used within enterprise IT, and it's not an especially versatile language in terms of its applications. If you're planning to develop for mobile devices, however, it's well worth knowing.