Anything you can do, AI can do better

As AI starts to infiltrate the workforce, it’s time to ask - are we replaceable?

Research gathered at the University of Southern California's (USC) Institute for Creative Technologies suggests otherwise, however. Ellie, an AI-powered virtual therapist, is part of a virtual-reality program at USC called SimSensei. The program aims to treat people with depression and post-traumatic stress disorder (PTSD). Ellie is programmed to detect and analyze verbal and nonverbal cues such as body language, facial expressions and eye contact that are linked with these conditions, offering more accurate diagnoses of emotions and mental illnesses. Test subjects who talked to Ellie told researchers 'her' voice was comforting and that talking to a computer made them feel less judged than when they spoke with a human therapist.

Many mistakenly assume robots can't have true EQ because they can't feel emotions. However, it's this deficiency that allows AI to achieve such high levels of EQ. In an interview with The Guardian, a psychology professor at University College London explained that high EQ scores in humans are consistently associated with lower emotionality. "It's about controlling one's impulses and inhibiting strong emotions in order to act rationally and minimise emotional interference," said professor Chamorro-Premuzic. A robot's detachment from personal emotions allows it to view the emotions of others objectively and respond more aptly. According to Chamorro-Premuzic, "the real challenge would be to create robots with low rather than high EQ".

Computerised tutors relying on AI technologies like those provided by Third Space Learning are proof that AI is already infiltrating education. With more students leaning towards online learning environments anyway, there may not be many education jobs left to steal. Distance learning saves money and offers students the flexibility to complete work whenever and wherever they want. Plus, it works better. A report from the SRI International for the Department of Education found that, on average, "students in online learning conditions performed better than those receiving face-to-face instruction".

Still, there could be people who will always prefer a traditional classroom with a real teacher over a computer program. But what if students can't tell the difference? Jill Watson, a teaching assistant (TA) at the Georgia Institute of Technology, taught a class of graduate students for 5 months without any of them realising she was a robot. Jill answered questions and assisted students with their projects through casual email responses that were indistinguishable from those sent by human TAs for the class.

Remember the jobs that our parents told us not to pursue? The ones that seemed like they might actually be enjoyable? As it turns out, you should've just gone for it. Few argue that robots will replace human artists, actors, athletes or musicians. UK non-profit Nesta has sent an advanced copy of a new report to Fortune that explains why. "Tasks which involve a high degree of human manipulation and human perception subtle tasks other things being equal will be more difficult to automate," report co-author Hasan Bakhshi told Fortune. Bakshi identifies creativity as a bottleneck to automating work, meaning that jobs which require it "have a very high degree of resistance to automation."

There are already robots composing and playing their own music, but people don't want to listen to it. It's fascinating that a robot can play chess well, but if that robot is unbeatable then it's not really a game. Sports and games are entertaining because they are innately competitive and unpredictable. If one robot can be programmed to paint like Picasso, then fifty robots can be programmed the same way. People are different -- there can only ever be one Freddie Mercury. AIs may be considered successful, but they will never be considered talented.

How do I avoid redundancy? 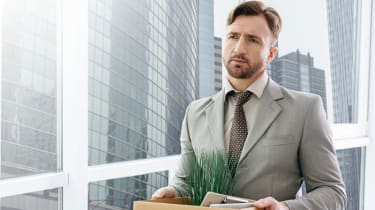 For those of us who aren't athletes or artists, articles like this can be frustrating. There must be something we can do! People working in fields vulnerable to automation have two options.

You could be the type of person that accepts the inevitable, resenting technology so passionately that one day you intentionally run over your own smartphone with your car....

...or you can rise to the challenge and retrain yourself. You can focus on factors that can't be automated creativity, unpredictability, uniqueness and develop those traits as they relate to your job. Consider the rise in automation as an opportunity to explore what makes you uncloneable. 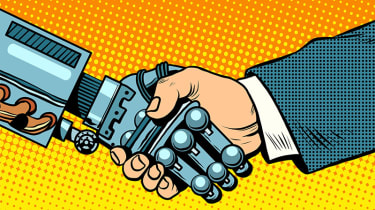 Although AI research may pose a threat to your job, it also has benefits. The majority of AI technology currently being used isn't intended to replace workers, but rather to augment them.

Don Schuerman, chief technology officer of Pegasystems, explains the ways in which the influx of AI will change the nature of the workplace. "AI will take the repetitive nature out of jobs or take the 'robot' out of the human," Schuerman tells IT Pro. "It will add intelligence and insight that employees otherwise wouldn't have. It's important to remember that the best chess player in the world is not a human, or a computer: it's a human and computer playing together."

Credit for all images: Bigstock