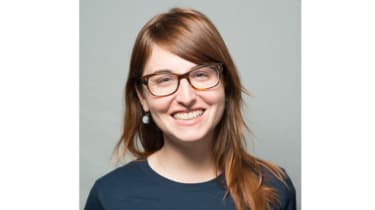 Plenty of companies pay lip service to diversity and equal pay while doing nothing about it. Hired, a tech recruitment firm that launched in the UK in 2015, seeks to change all that.

The organisation matches candidates with job offers via algorithms, but also made headlines last year when it aggregated all its salary data - of candidates' requested salaries and those their potential employers offer them - to discover women are generally paid 9% less than men.

Rather than cause a stir, Hired said it wanted to "encourage open conversation and debate" by releasing the data.

2017 has been a tumultuous year for gender equality and among all the opinions there have also been some illuminating pieces of data thrown into the mix.

The most explosive example of that is engineer Susan Fowler's blog post describing her year working at Uber, where she claimed she'd been propositioned by a manager and that, by the time she left, of 150 engineers in her part of the organisation, just 3% were women.

Her comments led to a full-blown investigation led by a former attorney general that resulted in Uber's CEO, Travis Kalanick, resigning, amid other sweeping changes.

So, can data beat the gender pay gap? We spoke to Hired's data scientist, Jessica Kirkpatrick, who helped collate the pay gap report, to find out.

While Kirkpatrick acknowledges that there's no "silver bullet", she believes making information open is an important step in addressing workplace inequality.

"By using data we have the power to change the status quo," she says. "At Hired we regularly release data in relation to gender inequality so we can ignite discussion and ensure the conversation continues.

"We hope the releasing of our data will mean businesses reassess their approach to gender equal compensation and make sure they put processes in place for regular internal reviews, to ultimately bring about change as an industry. This is a philosophy and practice we embrace at Hired that ensures we regularly review compensation to address any inequities."

It's vital not to simply reveal unacceptable business practices, though, but also to take steps to address them, she argues. Data just reveals unconscious biases firms may not be aware of; it's up to these organisations to take the next step and use the findings as a springboard to action.

"Even the most open-minded and well-meaning individuals unwittingly allow negative stereotypes to guide their decision-making and behaviour," Kirkpatrick explains. "It's consequently vital that businesses address this inherent issue with training, to ensure all employees become aware of biases and build skills to overcome them."

Doing so can eliminate these prejudices and change people's behaviour to create a better organisational culture that's more open, and therefore more attractive and competitive in the job market.

The UK government hailed a 25% rise in the number of pupils taking maths and further maths A-levels since 2010 in August, as well as claiming that the overall number of teenagers taking STEM subjects is up -- including more girls than boys studying chemistry.

But the British Computing Society (BCS) also predicts the number of teenagers studying Computing at GCSE will halve by 2020.

Kirkpatrick, who completed a PhD in astrophysics before becoming a data scientist, believes schools must teach important tech skills like coding to teenagers through the lens of pupils' passions and hobbies.

"From my experience mentoring young people, in order to attract and engage them you need to make coding relevant to their individual passions and interests," she says.

"While the coding curriculum is a positive step towards this, we need to be careful not to make it so specific or inflexible that it doesn't feel relevant or interesting to a broad range of students. For example, not all students will be excited to create a video game," she adds.

"A flexible, project-based curriculum, which is driven by the student's interests, works the best for engaging students from a wide variety of backgrounds."

As for STEM, Kirkpatrick makes an argument that STEAM, which includes the arts, is more relevant to the hundreds of tech companies focused on design and animation.

"Shifting to a STEAM framework can also encourage more women to enter the tech industry, as women tend to be better represented in roles like designer or marketer, which have large creative components but are still considered tech roles," she adds.

Tech, she maintains, is an accessible industry for many, because all you need is a computer - not a raft of specialist tools or skills.

"This is why at Hired we are seeing a trend towards technology as a second career for many candidates," she points out.

There's lots of programmes geared to helping people retrain later in life to work in tech - initiatives like MotherCoders and Sue Black OBE's own TechMums focus specifically on helping mothers return to the workforce.

Kirkpatrick explains that, due to the ever-evolving nature of technology, there's not always that much catching up to do either.

"Someone who is entering the space with little experience might not be as far behind someone who has 20 years' experience in terms of skill," she says. "The technology industry isn't static and that's what many who work in this space find appealing. Everyone is forced to continue to learn new things and upskill."

There are plenty of programmes designed to encourage women into technology. It's up to companies who need to hire in-demand IT roles to ensure they can offer any potential female employee a fair wage and a welcoming culture.

"As an industry, we need to be honest about the challenges," says Kirkpatrick. "There needs to be recognition that the gender pay gap isn't simply a female issue and that closing this gap will benefit the entire organisation; from boosting motivation, productivity and retention and through to the positive impact equal pay has on a company's employer brand.

"It's becoming important not just because it's the fair thing to do, but because it impacts the bottom line."