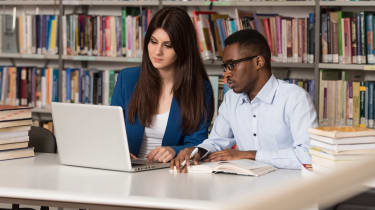 The changes to British computing education are failing to encourage more students into studying the subject - particularly those most in need of such encouragement.

British schools have shifted computing classes from ITC - such as learning how to use Microsoft Word - to more technical areas, including coding.

Research from Roehampton University revealed only 28% of schools had pupils taking the GCSE in computing in 2015, and only 24% had students taking the A-level, according to a BBC report.

The number of girls taking the course at GCSE climbed between 2015 and 2016 from 16% to 20%, and for A-levels from 8.5% to 10%, with female students gaining higher grades on average. Students on free meals made up 19% of GCSE computing students, versus 27% of the wider school population.

As the BBC report pointed out, not only are more students taking the ICT course despite it being on the way out, such classes attract a more diverse range of students, with 41% of students female.

"Computing and ICT had really quite different groups of students taking them," Roehampton University's Miles Berry told the BBC. "ICT was much closer to the average in terms of gender, low income, ethnicity and prior attainment in maths."

The concern is that the focus on coding means the courses and the exams that follow are too challenging for students, and may put them off studying the subject entirely.

Microsoft's UK director of education Steve Beswick told IT PRO earlier this year that computer science needs to be interesting to draw in younger students.

"First of all, you've got to engage," he tells IT Pro. "If you make it fun for an 11 year old to start coding, you're going to attract both boys and girls into it and ultimately, we think that will feed the funnel of having more and more people becoming computer scientists."

Mozilla's director of web literacy programmers made a similar point last year, saying that programming skills are important, but there's more to computing than code.

"The connection between coding and learning has evolved a great deal in recent years," she said at the time. "It's no longer just 'learn to code' we also have tools and programs that utilise a 'code to learn' philosophy. This means learning code in a fashion that unlocks other skills, like computational thinking and problem solving."