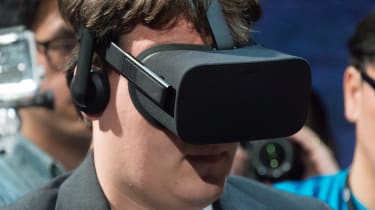 Palmer Luckey is out at Facebook, three years after the social network bought his VR headset startup.

Luckey has been at the centre of controversy over the past year, testifying in a lawsuit accusing Oculus of intellectual property theft that cost Facebook $500 million, and forced to admit he funded trolls who supported Donald Trump.

It's not clear whether the 24-year-old is leaving of his own accord or was pushed out by Facebook, with the social network saying it has a policy to not discuss employment issues.

"Palmer will be dearly missed," Facebook's spokesperson said in a statement. "Palmer's legacy extends far beyond Oculus. His inventive spirit helped kickstart the modern VR revolution and helped build an industry. We're thankful for everything he did for Oculus and VR, and we wish him all the best."

Luckey's last day is expected to be today.

Facebook recently admitted it didn't expect to make much return on its investment in Oculus anytime soon, with CEO Mark Zuckerberg saying in an earnings conference call last month that it was part of a longer-term plan. "I would ask for the patience of the investor community in doing that, because we're going to invest a lot in this and it's not going to return or be really profitable for us for quite a while," he said.