Meg Whitman calls it a day as HPE CEO 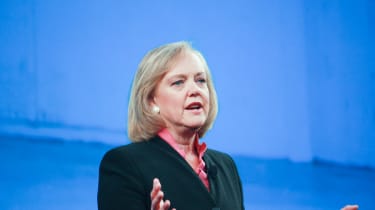 Meg Whitman is set to bring her seven-year reign as CEO of HPE to an end early next year, with the company's current president, Antonio Neri, taking on the role instead.

The change will come into effect on 1 February 2018, the company said in a statement last night. Although she will no longer be CEO, Whitman will remain on HPE's board of directors.

"I'm incredibly proud of all we've accomplished since I joined HP in 2011. Today, Hewlett Packard moves forward as four industry-leading companies that are each well positioned to win in their respective markets," said Whitman.

"Now is the right time for Antonio and a new generation of leaders to take the reins of HPE. I have tremendous confidence that they will continue to build a great company that will thrive well into the future."

Whitman became President of CEO of HP in January 2011 and helped navigate its 2015 split into two separate companies; HP Inc and HPE. She continued on as CEO of HPE and sat on the board of HP until July 2017.

Whitman led the acquisitions of Aruba and Nimble Storage too, and even helped to complete the $8.8 billion software division spinoff to Micro Focus.

However, following Q4 results yesterday and the announcement Whitman was stepping down the company's share price dropped by 6%, according to Seeking Alpha.

"During the past six years, Meg has worked tirelessly to bring stability, strength and resiliency back to an iconic company," said Pat Russo, chairman of HPE's board of directors.

"Antonio is an HPE veteran with a passion for the company's customers, partners, employees and culture. He has worked at Meg's side and is the right person to deliver on the vision the company has laid out."

Neri joined HP in 1995 as a customer service engineer in the EMEA call centre. He has held a number of roles in HP's printing business and then ran customer service for HP's Personal Systems unit. He began running the Technology Services business in 2011, then the Server and Networking business units before running all of the Enterprise Group in 2015.

Neri, who was appointed president of HPE in June 2017, said: "The world of technology is changing fast, and we've architected HPE to take advantage of where we see the markets heading."

He added: "HPE is in a tremendous position to win, and we remain focused on executing our strategy, driving our innovation agenda, and delivering the next wave of shareholder value."

During Uber's search for a CEO it was thought Whitman was being considered for the position back in August when she stepped down from HP's board of directors. Whitman took to Twitter to announce she was going to remain as the company's CEO.

In one tweet she wrote: "We have a lot of work still to do at HPE and I am not going anywhere. Uber's CEO will not be Meg Whitman."

(3/3) We have a lot of work still to do at HPE and I am not going anywhere. Uber's CEO will not be Meg Whitman.

In another she said: "So let me make this as clear as I can. I am fully committed to HPE and plan to remain the company's CEO."