Coby is stepping down early next year, after setting up startup scheme and apprenticeships 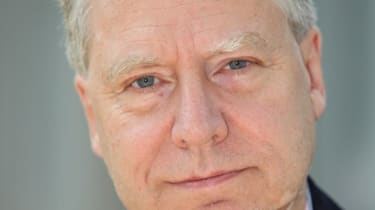 Group productivity director Andrew Murphy will take up the position in February, before Coby officially leaves the company in April.

Coby joined as IT director of the John Lewis department store chain in 2011, going on to become group CIO for the partnership in August 2016, responsible for delivering an IT strategy for both John Lewis and Waitrose as well as other parts of the partnership.

"I want to take this opportunity to thank Paul for his outstanding contribution to our business and the legacy he has left," partnership chairman Sir Charlie Mayfield said. "Paul was the architect of the IT strategy for John Lewis, which helped to transform the business into a leading omni-channel retailer."

A year into the role, Coby spoke to IT Pro about his plans in 2012, saying: "Retail is being revolutionised by technology. The whole business is changing; it's being turned inside out."

He launched a number of initiatives in his time as IT director, including JLAB - a startup accelerator that saw entrepreneurs work out of John Lewis's headquarters to gain insight into the retailer's business operations, with senior staff acting as mentors.

This year's JLAB saw the accelerator expand from finding startups whose products complement John Lewis's retail stores, to searching for entrepreneurs whose ideas could change the face of grocery shopping, too. Two of the startups gained a 100,000 investment from John Lewis and Waitrose that was matched by L Marks, John Lewis's partner of the accelerator.

Coby said: "All our finalists have benefitted greatly from unprecedented access to two of the UK's leading retailers. The wider scope of JLAB this year has allowed us to bring together some of the most exciting emerging technology, not just in retail but across grocery too.

"It's never been more important for the John Lewis Partnership to nurture innovation both inside and outside our business and we are looking forward to progressing this talent."

Daniel Saunders, CEO of L Marks, said: "Paul is a visionary whose foresight ensured John Lewis became L Marks' first partner and together we created, and continuously recreated, JLAB - the UK's first retail accelerator. His transformative take on "IT" has left lasting effects across the industry."

Coby also oversaw the launch of IT apprenticeships at John Lewis in 2016, opening eight positions for young people to work in his IT department while studying for a BSc (Hons) degree in Digital & Technology Solutions at Queen Mary University London.

The scheme, launched with The Tech Partnership, saw Coby reprise his focus on the tech skills gap from a two-year spell as chair of eSkillsUK's CIO board.

Speaking to IT Pro previously about the role, he said: "People think of the IT crowd as the archetype of the geek in the basement. We need to absolutely address that and one of the things that eSkillsUK, John Lewis and my team are doing is looking at how we could develop a much better or much more appropriate use for the GCSE and A Levels."

Coby also serves as a non-executive director for both Pets at Home and banking group CYBG.

His replacement, Murphy, led the John Lewis Partnership's change programme as group productivity director, and has worked at the partnership since 1992.