CIOs 'should make their roles redundant' in five years 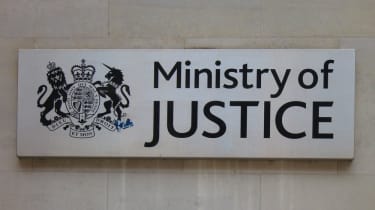 The role of the traditional CIO is disappearing amid the move from monolithic applications to more agile IT infrastructures, according to the Tom Read, chief digital and information officer at the Ministry of Justice (MoJ).

Speaking at Cloud Expo in London today, Read said that all organisations need to design for a digital future where silos are broken down and users are at the heart of applications, rather than being an afterthought to the design process.

With the MoJ having built a lot of services in the cloud, such as the probation service now existing in Microsoft Azure, he called on other organisations to do the same, saying: "If we can put prison services on the cloud, most businesses can move to the cloud."

The MoJ's move to becoming digital meant facing up to hard truths, however. Recognising that Amazon Web Services is better at hosting and that the internet is better than corporate WAN is the first step, he said, but then listening to users helped the organisation learn that staff hate workplace VPNs.

Central to the MoJ's digital transformation was understanding its users, and Read admitted that government departments have "been building the wrong systems for 30 years". Instead, IT departments must have "empathy" with users, which pays off when applications are delivered, he added: "Users like what they are given if they have helped to design it."

Rather than focusing simply on building IT systems, organisations should look at using APIs to ensure services can talk to one another, instead of leaving data locked up in monolithic systems. "Anything we build, we build the API first," Read said, adding that development of an application comes afterwards. This approach is useful when moving to a microservice architecture that can eventually "strangle" off the usage of legacy systems.

Read finished by urging organisations to embrace diversity in IT teams, making sure groups such as women, ethnic minorities, and LGBTQ people are represented, because "hiring from a really small pool won't help in finding the right people". "Diverse teams are more effective and will bring higher productivity and efficiency," he claimed.

Lastly, he said that CIOs should aim to make their roles redundant in five years. "If you still building traditional applications, databases, [then] know that there are better things out there," he said.