IT Pro Panel: How CIOs got their first breaks in IT

It may seem like a simple pathway from the outside, but a CIO's first taste of IT comes in many different forms 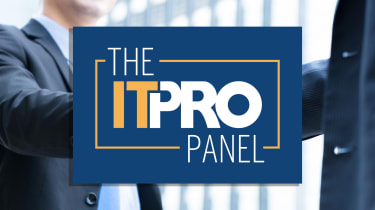 When looking from afar, it may seem to many that a CIO got to the position they're in because they followed a structured pathway: study an IT-related degree, use the skills practically in their first job, and slowly but surely move up the ladder to become a C-level executive and part of an organisation's board.

However, in reality this is almost never the case.

For many CIOs, their first taste of IT, and their initial interest in the subject, often comes later on in a professional career.  In this IT Pro Panel, we look at three IT leaders who have all reached the top of their profession in different ways.

Gillespie's career began in sales and marketing, before he then became a business analyst. It was only after a move to South East Asia where a role in IT really transpired as a possible career path. It was here that he became ICT advisory of The Asia Foundation in Cambodia, and then IT manager at Nam Theun 2 Power Company in Laos.

"I ended up running the IT for what was a big hydro electric construction project and I discovered that I loved that, and loved bringing the magic and power of technology to an organisation and seeing that impact on the way that people worked and the way the organisation functioned," Gillespie tells IT Pro.

He adds that this was his first real flavour of IT, setting up an organisation from scratch.

"We started with an empty server room and a big pile of cardboard boxes that would hold up the servers and all of the bits and pieces; we had a two-year period where we build up a complete organisation with all of the classic accounting systems, websites and email and that's where I got a chance to see the whole thing from end-to-end," he states.

After that, Gillespie returned to the UK, and following a few roles in consulting, architecture and in business analysis, he heard about the job at Amnesty International, which was "far too good to turn down". Gillespie has been CIO of the organisation for almost five years now.

Davis knew she liked IT at a relatively early age: she had heard that to be good at IT she needed analytical and logical skills - two of the things she says were her strong points at school.

However, she enjoyed science even more and took a liking to chemistry in particular.

"The beauty of this was that if you started a degree in 1981, you could get into IT from a variety of disciplines as long as you could demonstrate you had a numerate mindset and aptitude tests would prove that," she explains.

Davis did study Computer Studies as an A/O level, which was a halfway house between GCSEs and A-Levels, but she went into chemistry for further education and then ended up at GlaxoSmithKline (GSK).

"I knew that as I was at a big company, I'd have the freedom to move and develop a career that wasn't a pure bench chemist," she says.

When GSK decided it needed a helpdesk in 1986, Davis got her big break.

"I had been a local lab expert fixing the printer and sorting things out for people and there was an advert for the helpdesk and I didn't know I wanted to leave chemistry, but I knew at some point I didn't want to continue, so I applied for it," she tells IT Pro.

These were the very early days of having a helpdesk - before the IBM PC got real traction and before ITIL was around - but it was here that Davis discovered a lot about IT.

Eventually she became CIO at the Francis Crick Institute, which she says is the ideal place for her because it enables her to stay around the science field, but work in IT.

Singleton believes he didn't have the self-discipline to go to university after his A-Levels, and therefore his first job was as a temp working for the NHS. He did study IT and business at GCSE and A-Levels, though, which came in handy when he started filing things because he could create a quick-access database.

"It was doing things like filing records, so it wasn't anything extravagant, and the NHS organisation that I was at started relying on these as it improved the way of working and it was here that they recognised my IT skills," he says.

From there, Singleton produced reports and did some analysis for the NHS and this kickstarted his analytical experience in healthcare. Since then he worked for a few other NHS organisations before moving to Wrightington Wigan Leigh NHS Foundation Trust, where he worked his way up to head of BI and associate director of IM&T.

"I worked my way up through various data and analytical roles and despite not having any referents in my career I did decide to do a degree while I was working, and I'm currently on the last year of completing my masters," he tells IT Pro.

"So I absolutely believe in further education, but I believe unless you want to be a doctor or solicitor, in terms of IT, it's better to get work experience first and decide where you want to be and what area you want to be in, and then get the qualifications that wrap around that."

All three IT leaders took different routes to get where they are, proving that many skills from different departments are interchangeable with IT, and that progress and development can be made even at a late stage in IT.