Do IT professionals ever dream of becoming a CIO?

IT leaders share how they planned their careers in tech, and what lessons others can learn 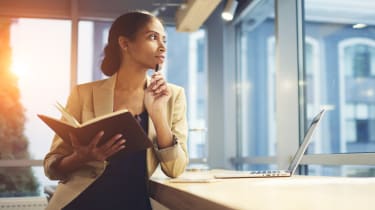 While the role of the CIO may be the top job in IT, it perhaps wasn't always considered such an important role - particularly when it wasn't a board-level position and when IT was less of a strategic function.

There's also a question mark about whether those beginning roles within IT really understand the role of the CIO and whether or not they aspire to become one.

For Aylesbury Vale District Council's IT strategy manager - effectively CIO - Maryvonne Hassall, her first role at Rolls Royce in a programming analyst role made her realise how important technology and IT were for organisations.

"It makes a big difference to organisations; if you've got good IT and good solutions, it helps organisations and if you've got rubbish solutions they can hold you back - so it's an integral part of helping your business to achieve its targets," she says.

However, while this had her convinced that a role in IT was the right move, it didn't necessarily dream of being a CIO.

"Rolls Royce was a very big organisation so I'm not sure I ever looked at the CIO role there and thought 'yes I'd like that' - I'm not sure how many people see things like that, whether it's as a CIO or CFO, or another other C-level position," she says.

But Les Ottolenghi, CIO of Caesars Entertainment, disagrees. He wanted to be a CIO when he first started his career almost 24 years ago, as it was the most strategic role he could take.

"It was my thinking then that technology drives the world and fundamentally the world now operates on digital systems both at the business level and customer or consumer level. [To be a CIO] would mean I'm in a position that would be exciting, challenging and would evolve all of the time - and also from a career point allow me to develop as IT touches every part of an organisation," he says.

Hassall agrees that many of the skills you need to be an effective CIO, including working with every part of the organisation, are acquired during the early stages of a career.

"When you first start out, it's more about understanding the people in the organisation around you and wanting to get them involved so you can influence them. That's the reason for wanting to be in a more senior position - the ability to influence for good," she says.

The ability to understand the business side of things is why Ottolenghi studied an MBA, and his views on the importance of business and tech aligned with Caesars' CEO Mark Frissora, which is why he didn't hesitate to join the company as CIO.

"I knew I wanted to come to Caesars because [Frissora] could see that the same value of tech was there in terms of the strategy of the company. For example, before my tenure, we weren't involved in e-sports but, because I was able to advocate the business value and understand the fundamental technology behind it, I could see that we could launch a unified e-sports gaming platform," he explains.

It's opportunities like these which make Ottolenghi happy that he could fulfil his dream of becoming a CIO.

"The CIO has visibility of the opportunities of tomorrow, but they're able to see them today," he says. "I could see the CIO role would be the coolest job and that's why I love it - I can't think of a better job, perhaps other than being a CEO in a pure digital company. I knew it was something I wanted to do and wanted to be, so I pursued it with a lot of effort."

But not everyone envisions being a CIO, even after a few years in IT. In fact, for Arsenal FC IT director Christelle Heikkila, it was more of a case of looking back retrospectively at her career before realising she had the right skills to pursue the job - especially important given that she is currently a working mother.

"That's always a challenge [being a working mother], certainly in my career - I worked 10 years after I had my first child and I've got two - for me it's just a case of changing my career to give me stimulation for what I'm doing. So only in the last three years or so, I thought I had felt I had the time and energy to look back on my career and see that I have many years of experience in IT and so I could do the job," she says.

While Heikkila, Hassall and Ottolenghi are happy with the decisions they made to get to the CIO role, IT leaders, in general, are feeling the least fulfilled in their roles since 2015, according to this year's Harvey Nash/KPMG CIO Survey. It found that 13% fewer respondents now consider themselves very fulfilled compared to the results from last year, while those identifying as 'not very fulfilled' is up 3%.

A key differentiator, according to the survey, are those leaders like Heikkila, Hassall and Ottolenghi, that meet the definition of a digital leader - 52% more respondents who meet this definition find their roles very fulfilling compared to other respondents, and two-thirds fewer are completely dissatisfied with their role.

As Ottolenghi suggests, the role is continually evolving - and only those that keep up with the latest trends and technologies, including taking a digital lead, are likely to remain happy in their position as a CIO. Whether or not IT professionals just beginning their careers would now see the CIO role as enticing as he once did is up for debate, but with an increase in responsibilities, salary and recognition, the likeliness is that it will be a much-coveted position in the years to come.