IT leaders face a crisis of influence, KPMG finds

Distributed technology decision making persists, but IT budgets and headcount are on the rise 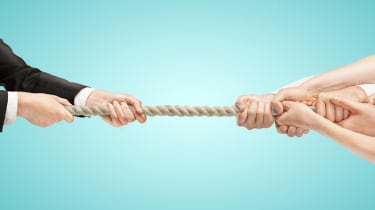 IT leaders are facing a crisis of influence, with decision-making powers being handed to other business units and a 13% drop in the number of CIOs sitting on boards.

These are the findings of the 2019 Harvey Nash/KPMG CIO Survey, which interviewed over 3,600 CIOs in 108 countries about trends in their business.

The investigation found that while 66% of those surveyed believed the role of the CIO was gaining in influence, only 58% now sit on the board compared to 71% in 2017.

This practice leads to conflicting outcomes. On the one hand, the survey found that it leads to improved time to market with 52% of respondents saying new products are likely to be "significantly better than their competitors" as a result. A further 38% said it improves employee experience. However, these businesses are twice as likely to have multiple areas of security exposed compared to those that do involve IT in the decision making process (16% vs 7%). They are also 9% more likely to have been the target of a serious cyber attack in the past two years.

It also has a knock-on effect on customer confidence, with the results finding these companies are 23% less likely to be "very or extremely effective" in this area.

As virtually every other trend report has shown, AI is a major focus for adoption and investment. 52% of those interviewed reported that improving efficiencies through automation is a priority for the board, compared to 45% in 2018. In terms of impact on personnel in particular, on average respondents believed 10% of their workforce will be replaced by AI within the next five years, although one third believed this figure would be more in the region of 20%.

"The fact that the report shows a 15 year high in those projecting increased investment levels suggests that many of us are making new bets with the conviction that there is new business value to be delivered," said Bob Hennessy, group CIO at construction, property and infrastructure company Lendlease. "Cloud, security and privacy are givens now but the power of AI to unlock fundamental value shifts as opportunity (or threat!) to our businesses is clearly being contemplated by many of us."