We take a look at Google's open source coding project, and the platforms it has inspired 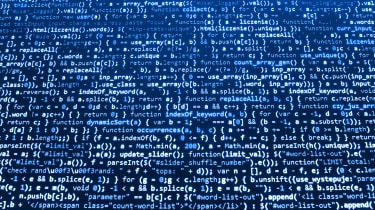 Google Chrome first made its debut in September 2012. Since, it has surpassed Microsoft's Internet Explorer to become the world's most popular web browser, and eaten away at the market share of its smaller rivals, namely Firefox and Safari.

However, the arrival of Chrome introduced users to far more than a new browser. The source code used as a basis for Chrome, aptly named Chromium, has also become a significant influence to third-party development.

The open source code, which is maintained by the Chromium Project, is commonly used among developers, and is now famed for providing the building blocks for the new Edge browser developed by Microsoft.

Chromium is perhaps best known, however, for powering Google’s in-house operating system, Chrome OS, and is also used on the tech giant’s range of Chromebooks, running the browser and operating system on the same codebase.

Despite originally being designed as a project for developers seeking to download and edit codes, Chromium is now also a browser in its own right. However, it only uses the base open source code, thus making it significantly less feature-rich than other, more mainstream browsers.

Due to Chromium's open source nature, developers are encouraged to contribute and expand Chromium by using it in other software projects and creations. Some more accomplished developers are even specifically invited by the project's leaders to upgrade the existing code and come up with ways to build a "safe, faster, more secure computing experience", as explained on the Chromium website.

How is Chromium different to Chrome?

Some of the biggest differences between Chrome and Chromium centre on the quality of the build and how updates are managed. While the Chrome browser is refined and strives to be bug-free, Chromium is rough around the edges and lacking in features. It's also fully open-source, as opposed to the Chrome browser.

Updates, meanwhile, aren't issued to Chromium automatically, and it's highly unstable in nature and therefore prone to crashes; the fact that it's "tremendously buggy" is even written in the description on its download page. Moreover, glitches are hard to flag than bugs in Chrome, with the flagship web browser featuring a mechanism by which users can file reports for engineers to analyse.

Meanwhile there are are a number of popular video codecs that aren't supported in Chromium, like the H.264 used by Netflix, for example. Chromium generally offers a vastly-reduced user experience compared with Chrome and other popular web browsers, and most video streaming services are inoperable.

Perhaps, the easiest way to explain the differences between Chromium and Chrome, is that Chrome has everything Chromium has to offer but Chromium doesn't have access to all the features Google has equipped Chrome with.

What is Chromium used for?

Given Chromium's open-source nature, combined with the expertise behind the new code and it's not shocking to know that the code has been used by other browsers due to its innovation and fundamental quality.

The project benefits from having some of the best developers across the globe working on it - only developers approved by Google can actually make changes to the official Chromium code. Hobbyists can download and manipulate their own version but not Chromium itself.

It has been around for decades now and has pioneered features such as tabbed browsing and private browsing. It also sports a free VPN service built into the browser and a turbo mode which compresses web pages, making them load up to 50% faster. Opera decided to drop its Presto engine in 2013 in favour of Blink, the engine built with Chromium, which is also used to run Chrome.

The former Norwegian search engine, now owned by a Chinese collective, has the largest user share of any non-Google, chromium-based browser with 1.6% in early 2018, according to Net Applications.

Vivaldi is another browser that has gained popularity since its inception in 2016, built largely by former Opera engineers. The browser was conceived by Opera's former CEO who was unhappy with the direction the company was taking.

The Chromium-based browser offers a plethora of features such as a breakout panel, which allows users to have two sites open in one tab, the ability to annotate web pages and also tab hibernation, which frees resources used by inactive tabs. Given that it's Chromium-based, all apps on the Chrome Web Store can also be installed on Vivaldi.

While somewhat niche, the Brave browser is a privacy-first platform that boasts some pretty nifty features. Created by the co-founders of the Mozilla project, Brave blocks adverts and trackers by default, as well as phishing, malware and risky plugins. Brave claims to load desktop web pages 2x faster than competitors and 8x faster on mobile too.

Microsoft recently announced that it too will start adopting Chromium as the engine that powers its Edge browser, originally released some three years ago. Microsoft chose to adopt the engine's code to keep up with new web technologies, increasing its compatibility. As a result of the open-source shift, we can now get a Microsoft browser on MacOS for the first time.

Among the key considerations when choosing which browser to use is safety and security, defences against privacy intrusion and malware infection. With risks heightened in the current landscape, it's important to consider whether an internet browser can offer things like password storage and anti-tracking.

Where Chrome is regularly updated by its developers, Chromium lacks any auto-update mechanisms which means users must be constantly aware of the latest security updates as and when they become available. These essential patches won't be applied to Chromium builds when they become available unless users manually check for them, and it could lead more casual users at higher risk of attack.

A three-phased approach to observability

Meanwhile, a host of open source versions of Chromium may be infected with malware or hidden lines of attack code, which means devices on which these are installed will be left vulnerable to being targeted by cyber criminals. The safest bet for both simple and advanced users is to acquire Chromium directly from Google and be aware of third-party links.

There are regular patches, however, that address various security concerns in Chromium, but these, as already mentioned, must be applied manually. "We are committed to promptly addressing all security issues, and delivering fixes to our users via our fast automatic update process," said Chromium's Core Principles of security. "This approach has allowed us to maintain an industry-leading response time to security vulnerabilities."

Who is using Chromium?

Those who are crazy for all things open source will appreciate Chromium – being at the forefront of the development of the code which feeds the world's most pervasive browser engine is a cool thing to experience for enthusiasts.

Given that Chromium is somewhat detached from Google, it collects and shares far less data with its parent than the Chrome browser. Although many value the privacy this affords, Chromium does send some data to Google as part of its feature set, such as search suggestions based on history.

Downloading Chromium isn't as intimidating as its open-source nature sounds. Just like a regular browser, it has a download page which should automatically recognise which system you're running, providing the appropriate version for you.

The web page will also issue you with the build revision number and a warning about how buggy the build could be.

If it's brand new features you want, without all the hassle of dealing with manual updates and poor web compatibility, then Google's Canary build may be a better fit for you.

Google's Canary is the least stable of the Chrome builds, of which there are 4: Chrome, Beta, Dev and Canary. Canary benefits from compatibility features which aren't found on Chromium, such as Flash, PDF reader and multimedia codecs.

Canary will feel more like Chrome, only fitted with some cutting edge features that have yet to be fully tested by Google's engineers. It's so unstable it won't even let itself become your default browser. It's intended for those that want to see what Chrome could look like weeks or months down the line. You can download it here.

Chromium vs. Chrome: The verdict

So, the final question: Chromium or Chrome? Two very different browsers for two very different markets. There are pros and cons to both browsers so whether it's a deep love of coding or just simple curiosity, let this persuade or dissuade you from jumping into the Chromium project.

Chromium is a fascinating project, one that's become so well regarded that many developers jump at the chance to shape the technology that's become so prevalent across technology today. As a mass collaboration of ideas on a hugely impactful project, Chromium really sets the bar high for community engagement.