Public cloud will rake in $260 billion this year

SaaS and IaaS revenues will be the top growth drivers over the next three years, according to Gartner 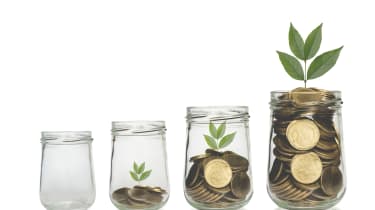 Public cloud will grow by 18.5% in 2017 according to Gartner, with SaaS revenues continuing to rise faster than analyst expectations.

In total, Gartner expects software revenues to reach $58.6 billion by the end of the year, fuelled by cloud providers offering many apps and extra-value products as a service rather than on-device. This offers greater flexibility and reliability to end-users compared to traditional "installed" software, the organisation said.

"Final data for 2016 shows that SaaS revenue was far greater in 2016 than expected, reaching $48.2 billion," said Sid Nag, research director at Gartner. "SaaS is also growing faster in 2017 than previously forecast, leading to a significant uplift in the entire public cloud revenue forecast."

However, it's IaaS technologies that will make the biggest gains over the next few months, with Gartner expecting the sector to reach $34.7 billion an increase of 36.6% compared to 2016's end-of-year figures.

The outlook for PaaS revenues is positive too, the research firm said. Despite being one of the least profitable areas of the cloud in 2016, with revenues of $9 billion, by 2020, it's expected to increase to $20.8 billion this year.

"Strategic adoption of platform as a service (PaaS) offerings is also outperforming previous expectations, as enterprise-scale organisations are increasingly confident that PaaS will be their primary form of application development platform in the future," said Nag. "This accounts for the remainder of the increase in this iteration of Gartner's public cloud services revenue forecast."

He added that 17% of the total market revenue for infrastructure, middleware, application and business process services had shifted to cloud over the last 12 months, although between now and 2021, the company expects this will increase to 28%.