"In many of these areas we are the new entrant," says CEO Sundar Pichai 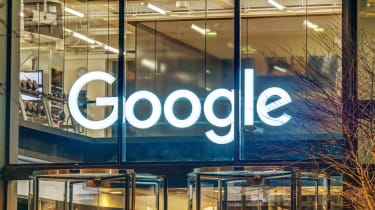 The tech giant missed analysts estimates for third-quarter profit by about $1.7 billion, though it beat revenue estimates by about $175 million.

Google is the world's leading provider of internet search, advertising and video services, but Google Cloud is a key segment of its overall business. Currently, this part of its operation is a distant third to rivals AWS and Microsoft's Azure.

The company has said it will continue to spend on cloud, AI and consumer hardware as it looks to compete in these "new areas".

"Our businesses delivered another quarter of strong performance, with revenues of $40.5 billion, up 20% versus the third quarter of 2018 and up 22% on a constant currency basis," said Ruth Porat, CFO of Alphabet and Google. "We continue to invest thoughtfully in talent and infrastructure to support our growth, particularly in newer areas like Cloud and machine learning."

Google has been building data centres, buying equipment and recruiting engineers and salespeople to support its cloud unit. CEO Thomas Kurian was hired at the end of 2018 from Oracle to help in this regard.

Quarterly estimates for the other major cloud providers have seen the opposite; cloud computing has boosted revenue. Leading the way, AWS has annually recorded increased earnings for the last five years.

Establishing itself in second, Microsoft has invested heavily in Azure, making a number of shrewd acquisitions this year, and announced that Azure's 73% growth had pushed Microsoft up to a market cap of $1 trillion, in April.

"In many of these areas we are the new entrant and we create competition, and sometimes the competitive pressures can lead to concerns from others," CEO Sundar Pichai said.