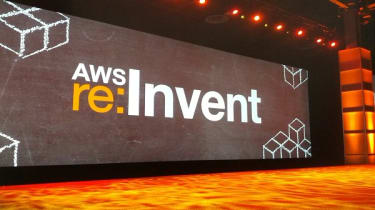 Amazon is set to shake up the analytics market by launching Kinesis, a cloud service that offers real-time processing of streaming data.

Announcing the launch at the company's Re:Invent conference, Amazon Web Services' (AWS) CTO Werner Vogels said it was an amazing real-time service that would shake up enterprises' analytics processing considerably, "You may have to wrap your head around what Kinesis can do," he said.

Kinesis will take real-time data, for example, from Twitter or from network logs, and send it to big data services such as Elastic Map Reduce or RedShift. In a demo at the event, data from a Twitter feed was sent to Amazon RDS for processing, sent to RedShift for an historical perspective and finally analysed by Postgres for its GIS capability.

Vogels said the service offered an alternative to the likes of Hadoop, which are hamstrung by being batch processing systems that cannot produce data in real-time. Kinesis is a fully managed service that alllows developers to provide real-time information without the need for time-consuming and costly integration. The service, which is charged at $5 an hour, will offer a cost-effective option for real-time analytics, said Vogels.

Bob Harris,CTO of Channel 4, who is implementing a new analytics system is very excited by the launch. "It'll allow us to take a different approach to the way we 'instrument' our applications. Today, much of the data we analyse comes to us, up to 24 hours after it was created, via various web-log platforms. We won't necessarily stop using those platforms but where timely, near real-time data delivery is required, Kinesis is looking like a perfect solution.

"Using Kinesis, we'll be able to collect and analyse data 'in session'. E.g.  we'll be able to capture the selection process the viewer went through before choosing a piece of content to watch and, when finished, [we'll] give the viewer recommendations influenced by his or her earlier activity," Harris added.

The company has also used the Re:Invent conference to showcase its new desktop virtualisation offering, which it claims is around half the cost of competing solutions.

Dubbed Amazon WorkSpaces, the product allows users to provision cloud-based desktops that are accessible from a variety of laptops, tablets and mobile devices.

Virtual desktops have traditionally been difficult to implement, particularly for large enterprises because moving many thousands of users to a virtual desktop environment has proven to be a big drain on time, money and infrastructure.

Andy Jassy, AWS's senior vice president, said the product was aimed at larger companies. "I see it being very much like RedShift (Amazon's data warehousing product) - very much an enterprise offering, particularly attractive to companies where desktop is a real challenge, but just as we found with RedShift, I can see a lot of smaller companies move to take on WorkSpaces."

Much of WorkSpaces' appeal will be its simplicity, he said. "The ability to centrally manage desktops has been around for some time but it's proved to have been difficult to set up and difficult to manage. With WorkSpaces, the customer doesn't have to worry about the infrastructure at all." He said WorkSpaces would be easy to set up and would even offer easy integration with Microsoft's Active Directory.

WorkSpaces, which would be charged monthly and would require no long term commitment, has also been designed to be simple, Jassy added. "There's no need for companies to buy any hardware or additional software so it will be half of the price of a typical virtualised desktop today."

It will also be easy to move users on to WorkSpaces, "If an employee has a Windows PC and an Android mobile device, then by, using his existing credentials, the employee would be able to move from the Windows machine to Android and back again," he added.

Amazon WorkSpaces will have a standard charge of $35 for one CPU and 50 GB storage, while a Performance charge will be $60 for two CPUs plus 100 GB storage.

The company has also announced a new mobile device streaming service this week called AppStream. The product has been designed to give users of low-end mobile devices the same sort of experience as users of high performance desktops. Jassy said the demand for compute-intensive apps has never been higher and consumers want these on all their devices, but developers have a choice: either sell to users with high end hardware or water down the experience in order to sell it to mass devices.

AppStream will provide high-definition quality application streaming services to consumers, he added, and would capture user input to send back to the cloud, giving a consistent experience across devices, all with simple pay-as-you-go pricing.