Taking the enterprise IT into the cloud

The conscientious IT professional needs to not just be looking at how cloud can help their company, but also how it can further their own career development. 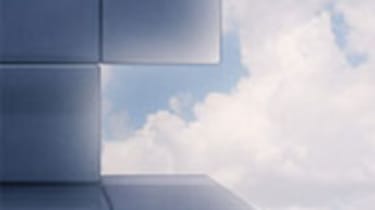 The idea of storing all of our data in the cloud' is attractive. But let's face facts, the IT department of a global bank or government organisation is hardly likely to disappear, if you'll excuse the pun, in a puff of vapour overnight.

Equally, the fact that even the largest enterprises are building cloud into their infrastructures speaks volumes. A recent Gartner survey discovered that, while the majority of IT currently running on cloud or software-as-a-service (SaaS) technologies is only three percent, IT decision makers expect this share to increase to 43 percent over the next four years.

Rather than evaporating like a passing fad, interest levels in cloud are rising; built on the developments made around grid, utility, web and virtualisation technologies in recent years. So, the cloud need not been seen as a threat. Rather, it is more of an evolution of IT delivery models than a revolution. So it is going to pay for IT professionals to know, not only what impact cloud could have on the organisations they work for, but also on their own career development.