VM user? Watch out for Venom... 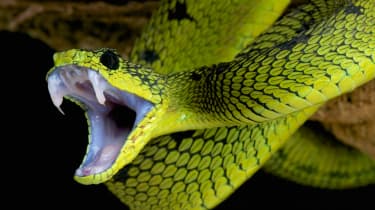 Virtual machine data is at risk from a newly-discovered vulnerability dubbed Venom.

Hackers using Venom can steal privileged credentials for a company's entire IT infrastructure by breaking through the protections cloud service providers use to separate each customer's data.

Once attackers gain the information to access one area, they are able to access other virtualised environments, compromising the entire corporate network.

The zero-day exploit was found this week by threat intelligence firm CrowdStrike, which warned that it dates back to 2004.

"This vulnerability may allow an attacker to escape from the confines of an affected virtual machine (VM) guest and potentially obtain code-execution access to the host," he wrote.

However, CyberArk cyber crime expert, John Worrall, said most organisations have isolated their virtual environments from external users, making them immune from the attack.

But those without isolated environments risk suffering devastating attacks, he added, saying: "When an attacker gains privileged access, they exploit it to anonymously survey a company's security posture, often for months at a time.

"With this knowledge, they can easily execute their attacks undetected, whether it's exfiltrating information as part of espionage campaign, implanting malware as part of a financially motivated attack, or simply destroying a company's ability to do business, as was done to Sony Pictures."

Some have compared the attack to Heartbleed, the OpenSSL flaw that let attackers spy on data being sent online.

However, Karl Sigler, Threat Intelligence Manager at Trustwave doesn't think it's as serious a threat as Heartbleed.

"There are no known in-the-wild attacks and a patch is available," he said. "The virtualisation products it does affect are popular (XEN, KVM, QEMU, and VirtualBox), but the absence of VMWare and Microsoft as affected eases the blow in a lot of cases.

"I would see this attack typically used to target hosting companies that use virtual environments like KVM. An attacker would purchase a KVM instance then use VENOM to breach the hosting machine."

Symantec agreed, its response team adding: "Heartbleed affected a huge number of websites, applications, servers, virtual private networks, and network appliances. Meanwhile, VENOM only affects virtualization systems that specifically use QEMU's Floppy Disk Controller and does not impact some of the most widely used VM platforms."