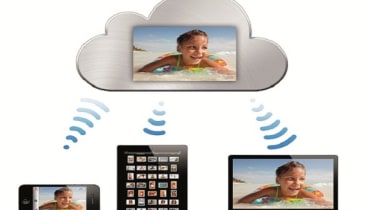 In a statement to the press, released overnight, Apple denied the leaked photographs were in the public domain because iCloud was breached.

"After more than 40 hours of investigation, we have discovered that certain celebrity accounts were compromised by a very targeted attack on user names, passwords and security questions, a practice that has become all too common on the internet," the statement reads.

"None of the cases we have investigated has resulted from any breach in any of Apple's systems, including iCloud and Find my iPhone.

"We are continuing to work with law enforcement to help identify the criminals involved," it concluded.

On Monday, news emerged about the publication of hundreds of private pictures belonging to female celebrities, including Hunger Games star Jennifer Lawrence and Spiderman actress Kirsten Dunst, on the Reddit and 4Chan messageboards.

The photos, it was claimed, were obtained by hackers who managed to infiltrate Apple's online backup service iCloud using a tool called iBrute.

This allows hackers to repeatedly submit potential passwords to Apple's Find My iPhone service login page until they uncover the correct one.

Once accessed, it is then possible for the hackers to access data stored in the iCloud account belonging to the breached Apple ID.

As reported by IT Pro yesterday, Apple has now patched the security flaw that allowed the hackers to repeatedly test passwords without being locked out.

Speaking to the Associated Press news agency, a spokesperson for the FBI said it is "aware of the allegations" and making moves to address them.