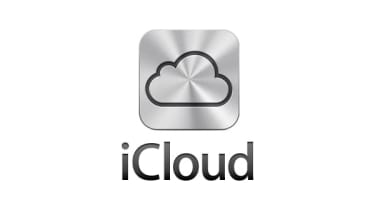 For both the Mac and Windows, iCloud Drive looks on the surface to be pretty similar to other cloud services, such a Dropbox. However, whereas that service provides users a context menu for sharing links and folders with other users, iCloud Drive remains just a folder for syncing files to other devices.

As mentioned earlier, the interface for iCloud Drive on iOS devices is virtually non-existent you have to access it through other apps and even then those apps default to their own folder.

The iCloud service is meant to be all about ease of use and that Apple mantra "it just works" supposedly taking the complication out of using the service. All well and good, but if you're expecting it to work like other cloud storage services, then it can become slightly frustrating as Apple continues to have its own way of doing things. This may wrong-foot users of other cloud storage systems.

This way of doing things almost ties you into the Apple ecosystem. Only recently has it become possible to save and edit files saved on iCloud in Microsoft Word or Excel.

Things are more straightforward on the Mac and Windows just start up your application and open up a file from the iCloud Drive folder.

When you buy an iOS device and set up an Apple ID, you get 5GB of storage for free. That is per user it seems more generous than Dropbox, but when dealing with data such as photos and multiple device backups, this soon gets eaten up. Extra storage will cost you, too: see our pricing section for more details.

iCloud is supposed to make syncing and sharing files across devices as simple and effortless as possible. While that may be mostly true if you stick to Apple's ecosystem, I'm afraid it rather falls down a bit once you venture beyond that walled garden.

Create a document in Pages and save it to iCloud, and you will be able to open that up on an iPhone or iPad and work on it there. It is seamless up to a point work on the same document on two devices and one device will ask you which version to keep if there are any differences (so none of that multi-user real-time collaboration you get with Google Docs). On an iOS device within Pages, it is often easiest to work from documents inside the Pages folder. It won't automatically list documents elsewhere on the iCloud Drive (hint you can open up files in other locations by tapping the "+" icon in pages).