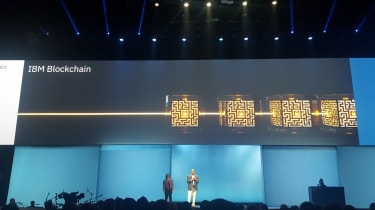 IBM has launched its first enterprise-ready blockchain network built on the Linux Foundation's Hyperledger platform, designed to provide a framework for building new business focused networks that are underpinned by IBM's cloud security.

Hyperledger Fabric, which has been the fastest growing Linux Foundation open-source project, has moved from incubator status and has now released on the IBM cloud as version 1.0, and is making its way through the standardising process.

The first instance of this network will run on IBM's High Security Business Network, which allows companies to exploit the technology while benefiting from IBM hardware acceleration, scalability and data protection tools.

The blockchain network service will help companies wishing to develop their own blockchain networks, which can then be hosted and managed on the IBM Cloud. As the service operates with an assurance certification level of EAL5+, this makes the technology ready for use in highly regulated industries such as government departments, financial services and healthcare.

The service is also built on the Hyperledger project, a scheme that aims to establish some standards and rules for the construction of blockchain networks.

"We also firmly believe it has to be a trusted network model," added Wieck. "We are not heavily invested or pursuing cryptocurrency related approaches, but we believe that there is value from that business and enterprise interaction. That whole notion of trusted exchange, secure transaction, protection of your data, we also think is fundamentally important."

"We believe the important aspect right now is that it is ready for business, that we're really focused on enterprise use cases in terms of how that gets deployed."

IBM has had over 400 engagements with clients globally across a number of industries, including healthcare, government, financial services, and supply chains. IBM is currently working alongside Walmart to help bring blockchain services to its supply chain, specifically in improving the traceability of pork being shipped from China to the US.

IBM Blockchain has also been applied to the US Food and Drug Administration, helping to create a trusted network for the sharing of information relating to pharmaceutical trials while maintaining the anonymity of patients.The news appeared alongside a host of partnership announcements, one of the first being a deal with SecureKey, a Canadian based company specialising in social data, which has worked with the Bank of Canada in creating shareable citizen data stored in blockchains.

"We ran a network for the bank of Canada, where we had millions of Canadians who would log in to see their taxes and unemployment benefits using their trusted bank login as a way to make it simpler," said Greg Wolfond, founder and CEO of SecureKey. "The problem we set out to solve is when a person is asked to prove who they are, there is still tons of friction and tons of questions they can't answer."

The idea is for the technology to replace endless form filling and the need to prove your identity when applying for loans or renting accommodation, with the ability for users to grant access to specific data stored within IBM's Blockchain network. The deal will expand on this work to apply the model to broader blockchain networks and use cases.

IBM Blockchain for Hyperledger Fabric is now available through a beta program on IBM's Bluemix platform.