Oracle automates the cloud data warehouse with AWS in its sights

It claims its solution is as powerful as AWS's equivalent, but at half the cost 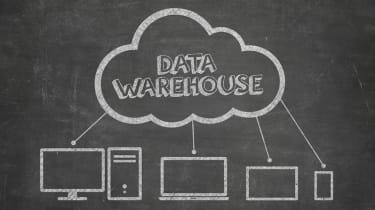 The smart service can secure itself against threats and implement patches autonomously to ensure data stays as secure as it possibly can be.

Not only does the technology mean databases can be ultra-secure, but it also significantly cuts down the time it takes to set up the data warehouse. Admins don't have to manually manage workloads, even when they change, nor do they need to lift a finger when storage volumes are adjusted.

Migration to the cloud is made simple too, with full compatibility between on-premise and cloud databases.

"This technology changes everything," said Larry Ellison, Oracle's co-founder. "The Oracle Autonomous Database is based on technology as revolutionary as the Internet. It patches, tunes, and updates itself. Amazon's databases cost more and do less."

The tech is built upon Oracle Database 18c, the company's latest database infrastructure it introduced back in October, alongside its automated cybersecurity platform.

The company said in the announcement that it's so confident in its Autonomous Data Warehouse Cloud, it reckons its product offers the same workload as AWS, but at half the cost - a bold claim indeed.

Last year, just after Oracle first announced it was working on self-healing databases, Ellison said if Equifax had been using his company's self-patching database, it would not have been hacked. 143 million customer details were exposed when hackers broke into the credit firm's database, because the company hadn't rolled out a patch issued by the Apache Foundation.