Google One launch brings cheaper storage for US customers 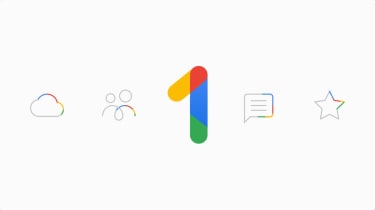 Google has launched its better-value Google One plans in the US - the first storage plans to launch since the company announced it was planning to re-brand its cloud services earlier this year.

Its Google One plans offer more flexibility to customers, with pricing options starting at $1.99 a month for 100GB of additional storage, with a $2.99 a month plan offering 200GB storage and its $9.99 tier customers getting a storage boost up to 2TB from of the previous 1TB.

The company's free Google Drive tier will remain though, offering those without high storage demands 15GB of free space to store their documents in Google Drive and other content.

Google One isn't just about storage though - it will also tag on a whole load of other services that will optimise customers' experiences, including 24/7 live support for Google's products including Google Calendar to Gmail to Google Docs, significantly improving the user experience.

Bundled in with its Google One plans are enhanced Google Store and Google Express deals, beyond the rather unimpressive $5 Google Play Store gift cards and hotel deals for those that travel frequently.

It's simple to upgrade your cloud plan to a Google One plan - assuming you're in the US, where the packages have only launched at the moment. Just head to Google Drive, select the storage option and view and pick from the new packages there.

Although the launch is only for the US at the moment, it probably won't be long until they're launched around the world, including the UK.