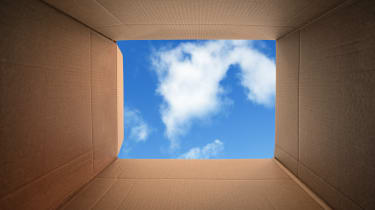 Box has announced a slew of new capabilities for its content management platform, including a new cross-company activity feed and new integrations for G Suite and Microsoft.

The announcements build on the company's transition away from simple storage management products towards the creation of a single content platform one that lets users interact with some of the most popular enterprise tools from within Box's user interface and security frameworks.

A new headline feature, announced at Box Works 2018 this week, is the addition of the Activity Stream for applications running inside Box. This new window sits to the right of the Box interface, providing a live feed of recent application interactions by every employee in the organisation, whether that's comments on Slack to new file uploads.

The aim is to provide a single user interface inside the Box platform for all the various application integrations a company may be running, with the ability to direct users to that specific content using deep links.

"The idea is to have one central content hub across the enterprise, across all of these apps, where anything that happens in your files is in this central area," explained Faizan Buzdar, senior director of platform product management at Box. "This single source of truth ensures that no context, whether in a Slack conversation or a Salesforce account record, is ever missed."

An example given during a demo of the feature was a user uploading a file to Slack, which automatically appeared in the Activity Stream of colleagues. They could then click a link that would take users not only to Slack, but also directly to the message in that specific channel.

Also making its way to the Box platform is a 'Recommended' apps pane, which helps the user determine what the most appropriate application is for any given task. This list is unique to each user, and recommendations will change depending on both the habits of the user and those of other colleagues in the organisation.

The company also revealed the launch of two public betas for upcoming features, the first of which is Box Feed, which has until now been in private beta.

Feed works like an enhanced notification system that's powered by machine learning. However, unlike Activity Stream, Feed will attempt to share the content updates and changes that it believes the user may like to be aware of outside of their day-to-day work.

Based on the user's interactions with integrated apps, the AI will then suggest other updates from their colleagues, provided they have the appropriate privileges to access that content. For example, Feed may notify a user that a colleague has just commented on a piece of content that they may have interacted with in the past.

Box's second public beta announcement, which builds on existing integrations with Microsoft and Apple, was a series of G Suite integrations that makes cross-platform access to content possible.

For example, a Gmail plugin lets users access content stored in Box from within the Gmail app, which can then be embedded into emails with access permissions. Additionally, users can now access Docs, Sheets, Slides, and Hangouts Chat from within the Box service.

The public beta for G Suite integrations is available now, with general availability planned for December.