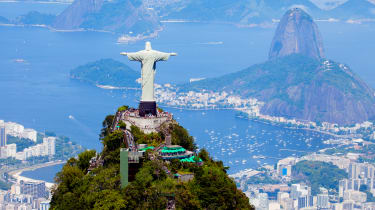 Thirty-two million Sky Brasil customers have been subject of a data breach caused by an unsecured ElasticSearch server.

The subscription TV provider left one of its servers without a password, meaning the information was indexed by search engine Shodan and exposed on the internet.

The leak was uncovered by Fabio Castro, a Brazilian security researcher, reported ZDNet.

Castro explained he wasn't sure how long the server had been left open but it had been indexed since mid-October.

He uncovered the ElasticSearch server's data before identifying who it belonged to using two IP addresses. But after examining the data, he discovered it was one of Sky Brasil's servers.

The data stored on the device was API information and included 28.7GB of log files and 429.1GB of API data, with the details of both personal and business customers.

After telling Sky Brasil about the leak, Castro said the server has now been secured with a password. Although the data is still indexed, no one can view the data.

ElasticSearch servers have been flagged by security researchers as a vulnerable storage option for the last year, following a number of data leaks and breaches.

In the last few months, FitMetrix and an unidentified data analytics firm have both been involved in data leaks because of unsecured servers. On both occasions, the administrators failed to add password protection to their devices so anyone could access and take the data residing on them.

However, Elastic, the company behind ElasticSearch said their servers are only designed for use in internal networks, which is why password protection isn't a requirement during set up.