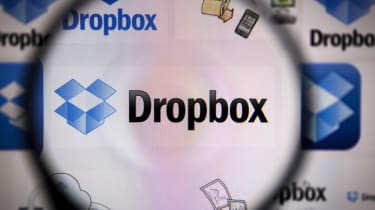 Cloud storage firm Dropbox has announced a huge overhaul of its core desktop app, moving away from being a simple shared folder platform and becoming a unified cloud-based workspace.

Alongside redesigning the look and feel of its platform, Dropbox has also introduced native support for Google G Suite and Microsoft Office files, as well as native integrations with partners including Atlassian, Zoom and Slack. The changes are designed to make Dropbox the central hub through which organisations do all their work, pulling in content from multiple sources to prevent having to switch between multiple tabs and workspaces.

"When we talk about the experience of using technology at work, what was stunning to me, even a few years ago was like, man, our industry just keeps making things more complicated, and just keeps throwing new stuff onto the pile," Dropbox founder and CEO Drew Houston told IT Pro. "Like, who's making everything work together?"

"And so we see, for better or worse, there's no shortage of opportunity to improve the experience, to make it more seamless, to sand down a lot of the rough edges, and give people the best of both worlds, where they have the freedom of choice, and they can benefit from all the different tools that are out there."

"Increasingly we saw that our customers are seeing Dropbox more as this workspace in which they use the Office suites and things like that, which triggered a pretty big mental shift for us and completely changed the concept of the product that we wanted to build."

The difference is immediately apparent from the design changes. While folders are still listed in a pane on the left-hand side (which is now an attractive navy colour), the main body of the app is now broken up into multiple sections.

At the top is a text field which allows you to add an editable summary of the folders contents or the project it relates to, as well as to-do lists. Files and sub-folders now fit below this, with badges to indicate the owner and any other people who have access. Files can be viewed in either list or grid layout, and important content can be pinned below the description for easy access.

The biggest functional change is that along with traditional desktop files, cloud-based documents from Google's G Suite can now be stored natively within Dropbox folders. This allows teams to store all the files they're using in one place, regardless of what software they or their clients are using.

Clicking on a G Suite file launches it in a browser window for editing, with any changes automatically synced back to Dropbox. Microsoft Office documents can also be edited in the same way thanks to G Suite's recent addition of Office file format support, or you can use Office Online's web editor. If you have the desktop Office apps installed, users can still open them with these as normal.

This is part and parcel of Dropbox's efforts to make its platform more collaboration-friendly. As before, users can add comments to individual files (including replies and @-mentions), as well as viewing their team's activity on them, not just on Dropbox but now also across Zoom and Slack as well. There's a new 'team activity' view within the notifications menu as well, which shows users which files and folders their team has accessed or edited.

Many projects also rely on web-based content, such as informational resources like wikis or web-native SaaS tools. These can now be included in folders as web shortcuts, which will open in a browser window just like a G Suite file.

More integrations are soon to follow, too. The company is working with project management company Atlassian on functions that will allow Trello and Jira users to link these tools more effectively with their Dropbox resources, which Atlassian's global head of partnerships Bryant Lee told Cloud Pro would be available "over the coming months". In addition, Dropbox's global head of business development and partnerships Billy Blau indicated that further integrations with Microsoft and Google's additional products would be coming in the future.

"Our core premise is 'Dropbox works with all the applications you use every day'. And if you play that forward, [Microsoft Teams] is an application a lot of people use every day; we need to have an experience that works there," Blau told Cloud Pro. "So I don't have timing or specifics, but you could assume in the future, that would be something we'd do."

The redesigned desktop apps for macOS and Windows are currently in early access, and anyone is able to sign up to try them out, regardless of whether they are a free, paid or business user. General availability has yet to be announced.

According to Dropbox CTO Quentin Clarke, the process of switching over from the old version to the new one will be seamless. Companies' existing file structures will remain intact, and there's no installation required - opted-in Dropbox admins can simply activate it the new interface via a toggle in their admin console.

"We're constantly maintaining up-to-date client software on millions and millions of desktops around the world all the time. And so we can deploy the software and not turn it on - and then the matter of turning it on is just enablement," said Clarke.

The changes will be key for Dropbox's growth in the enterprise market. Functions like the ease of search, version history and content centralisation have been highlighted as key considerations for enterprises, but it's the enhanced collaboration functions that will make businesses it up and take notice, according to analysts.

"The Dropbox enhancements are additive in connecting people and content, rather than replacement of any one application," said Wayne Kurtzman, IDC's research director for social and collaboration. "What it does is it changes the narrative for Dropbox from being just file storage into being an enterprise collaborative app. And that brings substantially more value to any given enterprise."