We spoke with IBM's vice president of software standards about cloud computing. 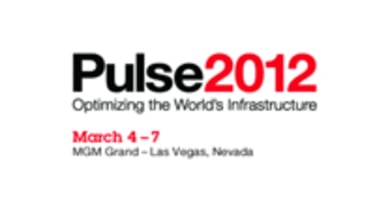 Can you describe IBM's cloud strategy in three words?

The combination of focusing practically on what our clients are trying to do really drives a grounding of where we go from where we are. But you can't close your eyes to the ecosystem you live in. It's not just an IBM world. Things like standards, partners and so on are very important.

You'd better believe IBM has one of the biggest R&D organisations in the world and probably the biggest research institute. Some 8,000 PhDs many of which are thinking about cloud. You will continue to see a lot of great innovations in this area both from a technology and business standpoint.

We don't have speaking points. Hype is generated by results. When we can have Dutch Cloud sitting up on the stage talking about how they go from hours to minutes in controlling images and tripled their revenue income, that's hype.

We'll let our clients who get the value do the hype for us.

How does the UK compare in terms of cloud adoption with other countries?

Standards are fueling the expansion of cloud into many different markets. The international notion of standards has become very very important. Cloud standards are not just, say US-based, or UK-based, it's international, so ISO, JDC 1 in particular.

The UK is very vocal and active in standards and you will see a lot of leadership from the UK in particular [around such standards], particularly around architecture. In fact, IBM has some folks in the UK on a national body and they're very active around cloud architecture.

From that perspective, I can certainly say the UK is commensurate or leading in many regards.

Were you surprised by the numbers revealed in IBM's recent research on cloud computing adoption?

It doesn't surprise me at all. It provides data and rigour to what I'm seeing with clients. I'm in conversation all the time with clients who are doing cloud for real. This notion of VM image sprawl is very real. IBM's SmartCloud Foundation and the offerings we've announced this week and in the past support that.

But [businesses] are moving beyond that. They're using our technology to manage and move beyond the simple VM management discussions into workloads. It's about "How do I better leverage IT as a business differentiator?" That's what the study provides rigour too and that's what I'm seeing.

The conversations I'm having aren't just with CIO or the direct reports, it's with CIOs and line of business executives.

Jamie Thomas gave a great example of [cloud computing] and distance learning. I had the same dialogue with North Carolina State University. I sat down with the person who runs the computer science department a business person and the person who runs the IT organisation. They were talking about the cloud and certain budgetary constraints that they had.

The university has two missions: a research mission and an education mission. They were struck with this problem of how to serve both missions. They didn't just want to do education and they couldn't just do research. They found innovative ways of leveraging their farm of datacentres as a virtual cloud environment to support high performance computing. They were able to carry out algorithms and at the same time offer a new way of distance learning for folks who don't even have laptops all they have is a dumb terminal. But they still need to get access to mathematical systems and so forth. It gave the university a new business model, which offered a new stream of revenue.

Those are examples of how this is impacting business. I gave you that retro reference to highlight the point that this transition has been occurring but now it's hitting a watershed.

You've previous described the need for tech workers to develop T-shaped skills, but some, with more old-school skills, are concerned about job losses as cloud computing gains momentum. Should they be concerned?

This is common. When you look at the impact of cloud and go beyond technology, there's a people and personal impact. It's a very positive one though.

When you look at successful cloud projects within organisations, a lot of that success is hinged on the team and the collaboration and the people aspect just as much as your choice of vendor and technology and architecture. The people can sink or swim a cloud project.

I've found that teams that start up front building the right mix of business and IT folks together, bringing in the people who are perhaps threatened, bringing in the people who are co-called server huggers'. In order to get people past that [fear] and bring them in you have to get them in the mix. Once you do that, more often than not, you bring those people forward and help them in the context of that project to develop those new skills. You help them be a stakeholder up front.

I talked about the customer service cloud standards council earlier and the first deliverable they had was a practical guide to cloud computing. They had a number of steps involved in a cloud project, which standards was a part of. But the first two steps had to do with the team and people. It's such a big success factor in the cloud.

When you talk to folks about these T-shaped skills, it helps them understand they're still relevant. You still need depth and substance. You're dealing with computer science problems so you need to know what you're doing it's not going to go away.

It's been said organisations that don't adapt and transform will be left behind. Does the same apply to businesses who don't engage their tech staff and leave them with that fear?

Absolutely. You need to involve everyone in this dialogue. It a company, let's say you've got marketing, sales and product delivery. We have squeezed the process efficiency lemon in each of those silos. We have marketing down to a science. When you look at the processes across the organisation how do you combine marketing and sales etc and optimise, you get orders of magnitude improvement to how you run things, your time to market that you can't get anywhere else.

The same thing comes to people and the processes and IT environment. You want to be able to optimise that.

Given the focus on cloud, can we expect cloud-flavoured acquisitions in the future?

I think you can always expect IBM to be evaluating potential acquisitions. In all areas: cloud, social, security, analytics.

You can absolutely expect us to do more acquisitions. But in what areas? I don't know, we'll see.

What I expect to be talking about a lot more in standards is practical interoperability. You will expect to see multiple vendors standing up showing interoperability on some of these different layers. We're planning on doing that.

That's very exciting as it shows us working in an ecosystem, which is a very important part of cloud.

Things I don't want to talk about? I don't want to be talking about a lack of focus for standards. If you rewind the clock about three years there were about 75 different cloud standards and things were happening and nobody knew what to do.

We've now been able to get the industry and the standards organisations to focus on the areas that matter. We've done a great job in laser focusing on client value. If that starts to become unfocused, we're not heading in the right direction. I don't foresee that happening.