Oracle partners with Microsoft and Salesforce.com for renewed cloud push 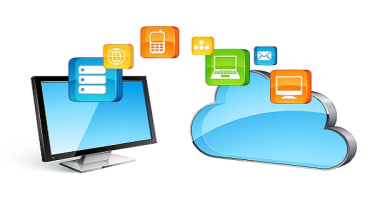 Under the agreement, Microsoft will offer preconfigured versions of Oracle's Java, Database and WebLogic Server products on Windows Server Hyper-V and Windows Azure.

For its part, Oracle will make its Oracle Linux product available to Windows Azure customers.

The announcement was made in a brief conference call, with Microsoft CEO Steve Ballmer revealing the two firms to be long-time collaborators.

"[However], in the world of cloud computing, I think behind-the-scenes collaboration is not enough," Ballmer said.

In a statement, Oracle president Mark Hurd said: "At Oracle, we are committed to providing greater choice and flexibility to customers by providing multiple deployment options for our software, including on-premise as well as public, private and hybrid clouds.

"This collaboration with Microsoft extends our partnership and is important for the benefit of our customers."

According to blog post from Satya Nadella, president of Microsoft's server and tools business, customers with pre-existing Oracle software licenses can run them in Azure via license mobility programmes immediately.

No timescale has been given for the availability of pre-configured options for non-license holders, although Microsoft has said they will be available "in the near future".

Despite this tie-up, Oracle will continue to offer its own cloud and virtualisation services and the two companies will still compete in what Ballmer described as "a very positive and constructive manner on a number of fronts".

Shortly after the Microsoft-Oracle partnership came to light, details emerged about the striking of a nine-year deal between the company and Salesforce.

This partnership will see Salesforce standardise its platform for Oracle products, while the software giant will integrate Salesforce's offerings into its own.

The Software-as-a-Service (SaaS) giant is to standardise its CRM platform on the Oracle Linux operating system, Exdata engineered systems, Oracle Databases and Java Middleware Platform, according to a statement from Oracle.

For its part, Oracle will integrate Salesforce with its Fusion HCM and Financial Cloud.

This, the company claims, will provide the core technology to power Salesforce's applications and platform.

Marc Benioff, chairman and CEO of Salesforce, said: "Larry [Ellison] and I both agree that Salesforce.com and Oracle need to integrate our clouds.

"Salesforce.com's CRM integrated with Oracle's Fusion HCM and Financial Cloud is the best of both worlds."

Larry Ellison, CEO of Oracle, added: "When customers choose cloud applications they expect rapid low-cost implementations; they also expect application integrations to work right out of the box even when the applications are from different vendors.

"That's why Marc and I believe it's important that our two companies work together to make it happen, and integrate the salesforce.com and Oracle Clouds."

A third announcement is expected regarding an alliance with NetSuite, although Oracle has not responded to requests for comment on this at the time of writing.

News of the partnerships is further proof that Ellison's apparent feelings towards cloud have softened in recent years, after he was reported to have rubbished the technology concept as nothing more than buzzwords anad venture capitalist hype in 2009.

Oracle underpaid women and minorities by over $400m, US says 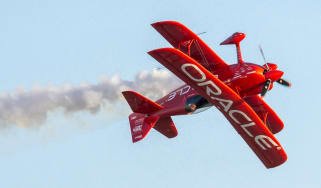 Oracle accused of underpaying women by $13k per year