Microsoft's RDCMan is a gem of a tool. But you have to look hard to find it, as Steve Cassidy found out... 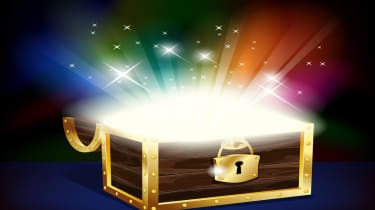 published the help file for RDCMan, quite possibly by mistake, so you can take a look before you install. It's worth noting this link isn't official at all, and therefore may disappear pretty quickly, but it's useful nonetheless.

Personally, I think half the problem in standing out comes from the long four-chew multisyllabic utility name.

RDCMan will also work sensibly with VM servers up in the big public clouds, though it's not quite as simple to configure as it might seem at first. While Azure gives your server a directly presentable fully-qualified domain name, Amazon EC2 uses RDP gateways between you and your machine, so for that you need to know your gateway name  and address as well as your Server name and address. All of these concepts and structures are fully supported.

There's even a way to achieve full support for stick-in-the-muds still on XP or Vista RDCMan requires the relevant Remote Desktop updates and hot fixes on those platforms before it will install, but after that the cloud is your Oyster, even on XP. Incidentally, no matter which OS you are on, don't take the RDCMan group file (the one that ends in .rdg) and move it around from PC to PC the way the centrally-inherited passwords are encrypted makes for a long and annoying series of warning dialog boxes when you open an .rdg on a different PC.

I am frustrated by this utility. On the one hand, now I've found it, it will be the mainstay of my method of access to cloud sessions whether local, remote, hybrid or private. On the other hand, it's not been updated for almost three years now apparently the death knell of innovation in internal Microsoft tools like this and Rich Copy (released on version 4.0 and left exactly there forevermore) is the decision to make them publically available. Though you could argue, as we did in the IT Pro office, over what 'publicly available' means when something like this eluded our Microsoft-watchers and our real-life server nerds for the thick end of half a decade.

Personally, I think half the problem in standing out comes from the long four-chew multisyllabic utility name. If it was called something like ServerFlow (like CoverFlow, only for servers) or Magazine (as in a machine gun, not a thing you buy in a newsagents) then making a memorable impact would have been a whole lot easier than with Microsoft Remote Desktop Connection Manager as a handle.