A series of outages at online services serves as a reminder of consumer services' fragility. 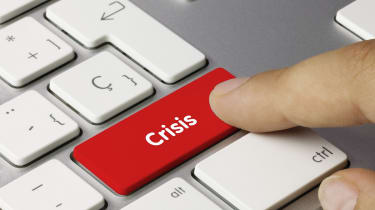 Inside the Enterprise: The last few weeks have not been good for cloud computing and cloud services. In the space of just a few days, there have been outages at Microsoft's Outlook.com, Amazon, and even Google.

During the shut downs, Microsoft admitted that some users were unable to access their online, Outlook.com email accounts. Amazon was offline for about half an hour, as was its Netflix subsidiary. Our sister title PC Pro reports that some users of Amazon Web Services were also affected. But the Google outage was the most notable for its reach.

Consumer online services spread through a business with alarming rapidity. The Rhododendrons of computing, they can crop up anywhere.

In fact, the Google shut down, which also affected Google Drive, Gmail and YouTube services caused a 40 per cent drop in internet traffic, even though the downtime itself was brief.

And, whilst it might not matter so much if some people can't buy books online our high streets need some help the impact on online services such as email or productivity applications is far more significant.

Companies are increasingly allowing, or even relying on, the use of services such as Google Drive, or Microsoft's Office365. Microsoft's service itself suffered a 16-hour outage back in March.

If businesses use these services to store documents, or instead of desktop software, even a short outage can cause a real loss of productivity. If companies build business processes around services such as Google Drive, the impact reach even further: end users, for example, might not know that a back-end process relies on a feature such as Google Drive's Forms to operate. They will just know that their query has not been answered.

There will be plenty of IT vendors lining up to say "I told you so" and cautioning that businesses should not rely on consumer services. But this is easier said than done.

Consumer online services spread through a business with alarming rapidity. The Rhododendrons of computing, they can crop up anywhere. Sometimes, the growth is driven by the adoption of consumer devices such as tablets; sometimes staff use consumer services for one off or experimental projects which become permanent, and sometimes they use them to bypass clunky or dated in-house IT infrastructure.

In each case, though, managing and monitoring let alone removing -- these services will be a real challenge, if not impossible. Instead, companies should look at improving their in-house IT to make it more attractive, or else invest in enterprise-grade cloud services, and promote their use.

The outages are, according to Ray R Wang, founder of analysts Constellation Research, "a warning sign that you need to be enterprise class." He wants to see cloud providers offer service level agreements (SLAs) "with teeth" and is also calling for a cloud computing bill of rights.

These would be useful measures. But until then, it is a question of buyer beware, or, you get what you (don't) pay for.