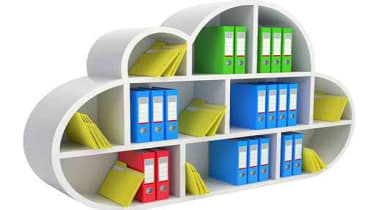 Google Drive is both an expansion of Google's Docs online office suite and a move into Dropbox territory. The primarily browser based interface will be familiar to users of Gmail and Google Docs, but the service now comes with 5GB of free, general purpose storage space per user, which can be increased to 25GB, 100GB or more through upgrades.

More crucially, a downloadable Google Drive applet creates a Google Drive folder on your PC, and then enables synchronisation of that folder across multiple PCs and even Macs, in the vein of Dropbox.

Whether you like the user interface is a matter of personal taste. There are good points about the stripped-back look and simple presentation, and Google's strong search facilities make it easier to find files in a crowded folder. However, Google Drive doesn't have as much of the easy one-click functionality of Dropbox or the Windows/Office integration of SkyDrive, and it's frustrating that to, say, share a folder, you have to go to Google Drive in your browser and right-click on the folder sitting there. Google Drive can feel slightly clunky.

Google Drive's biggest advantage is its integration with Google Docs and Gmail. Whether you use Chrome or another standards-compliant browser, it's quick and easy to preview office documents, PDFs and most common photo and video file formats, whether you have any specific software installed or not. What's more, the built-in Google Docs applications can be used to edit documents, on your own or in real-time collaboration with other Google Docs users.

No-one sensible could argue that Google Docs rivals Microsoft Office for formatting power or ease-of-use, but it's a great tool for, say, laying down the foundations of a report, and in a way Google's document sharing and collaboration features are better tied together than those of Microsoft.

However, while you can edit Microsoft Office docs from your desktop Google Drive using the standard Microsoft Office applications, doing so within the browser requires importing them in a Google Docs format then exporting the changed version later not exactly streamlined process. Google Docs can also struggle to maintain the fidelity of complex documents.

If your company uses Gmail then being able to share files and folders quickly with contacts in your address book, or sending documents as Google Drive links rather than attachments works well. Sadly, Google Drive has some catching up to do with Dropbox, Box.net and SkyDrive when it comes to mobile support. While Android gets a fully-featured app, the iOS app is missing edit functionality and there's no way to upload files from an iPhone or iPad. Don't even ask about Windows Phone 7.There are also some concerns about security. Google Drive's contents are stored unencrypyted on Google's servers.

Google Drive's performance is fine when it comes to uploads and downloads, with just under two hours to upload our test data and 33 minutes to download it to a second PC. However, sync happens at a blistering rate, with edited files syncing from one PC to the next in under 40 seconds.

All in all, Google Drive makes most sense as part of Google Apps, where it can play the role of hub in document management and collaboration, or in smaller businesses where Gmail and Google Docs are already deployed. Otherwise, Dropbox is more efficient and easier to use, while SkyDrive's seamless office integration can't be dismissed. However, Google Drive is extremely cheap for what you get, so if your focus is on the bottom line, it's a viable choice.

Features:4Ease of Use: 3Value for Money: 5Overall: 5