Making the most of big data

IT leaders need to start working in favour of the information explosion rather than against it, warns Mark Samuels. 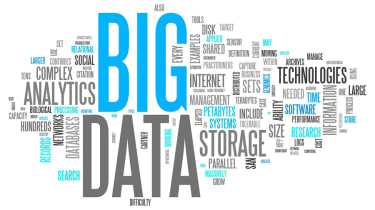 "CIOs need to capitalise on the information their organisation is already generating. Don't build more platforms just extend what you've got from a different perspective, such as moving from the web to mobile. Don't get lost in the need to separate big data from legacy IT. Big data is just an extension of the investments you've already made in business intelligence."

Foulsham is running an on-going and evolving information programme at esure and is attempting to make the most of unstructured data. "It's a huge change and we're acting to make decisions quickly," he says. "We're approaching the growth in information via a combination of systems, people and processes."

The priority for CIOs looking to get a grip on new sources of information, says Foulsham, should be to take a long, hard look at organisational structures across the business. "Look at the way your executives use knowledge in their conversations our approach to data is to give key people the information to make crucial decisions," he says.

Don't get lost in the need to separate big data from legacy IT. Big data is just an extension of the investments you've already made in business intelligence.

One way to create such depth is to draw on the skills of information specialists. McKinsey Global Institute reports data scientists are so in demand that there will not be enough of them to fill every position by 2018. But rather than investing in a team of dedicated data scientists, Foulsham is centring his attention on business knowledge.

"I don't think many CIOs are investing in data scientists, but there are opportunities to deal with specialists around new data sets, such as Google, Facebook and Twitter," he says.

"Data is just your starting point the end point is knowledge, and the intermediary is information. CIOs should deal with the systems they've already got and help the business make smart decisions from good sources."

Danny Reeves, CIO of the services division at construction firm Balfour Beatty, is another IT leader focusing on the development of knowledge. Like Foulsham, Reeves is running programmes to create new business insight. While some of the specific elements of that strategy such as processes and roles remain a work in progress, the people that make sense of big data will be absolutely crucial.

"We are thinking about how we might develop our practices and about the potential role for data scientists," says Reeves.

"There isn't a strategy yet, but it's high on our list of priorities and that significance is understood right up to the executive level. Balfour Beatty must think about how it can provide a joined-up view of data that allows us to generate a competitive advantage."

Reeves has already helped oversee the implementation of Balfour Beatty 360, an internal knowledge and collaboration platform based on Microsoft SharePoint. The intranet includes data-rich profiles that allow executives within the business to find people with specific expertise around the world.

More collaborative developments are likely. But in agreement with many of his IT leadership peers, Reeves says CIOs should be wary of vendor hype.

"Big data is a buzzword but, as an organisation, we absolutely recognise that importance of using information across the business," he says. "We generate huge amounts of information and making the most of data is a key part of our organisational strategy."