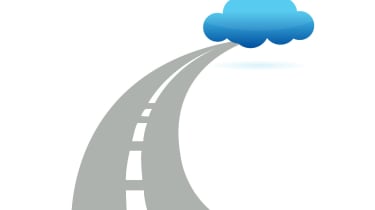 change. The survey also found that 54 per cent of IT professionals had received no cloud training

in the past year, while 52 per cent have no plans for the coming year either. This is despite the fact that about 70 per cent of businesses are using some sort of cloud system.

This gap is something that needs to be bridged. Talk to anyone looking to move to cloud and you'll get the same story we're having trouble finding the right people. There's a frantic learning process going as IT staff try to pick up on the principles of cloud deployment.

Amazon has introduced various levels of training in an attempt to boost the degree of understanding of cloud principles, Microsoft has updated its existing education process to ensure there's an understanding about cloud and we're seeing the first signs of cloud in academic circles as a number of British universities have introduced a masters degree in cloud computing. Although there are no undergraduate course as yet (there have been several in Ireland, however - mainly sponsored by cloud providers such as Microsoft and EMC).

The next year will surely see a more concerted effort to improve the state of cloud education. It's a technology that has grabbed public consciousness almost by stealth and the level of understanding needs to be improved.

But that only points the ways to another unfortunate aspect of cloud - the way that the technology continues to be held in suspicion by IT staff. Not the developers who seem pretty happy in firing up another Amazon instance with the credit card but the operations team, who seem to regard cloud with little enthusiasm.

James Staten, an analyst at Forrester Research, sees this as a glaring black mark in cloud's rise in importance. "IT Ops in general continue to view the public cloud as an enemy rather than a welcome new member of the portfolio. As stated a year ago, developers don't really need IT's permission, and our surveys and client inquiries show the business unit-aligned developers certainly aren't waiting for this. While there are pockets of type A' companies, generally those most aggressively embracing open source have IT Ops fully on board; as a rule I&O is still trying to understand what its new role will be in the cloud era."