Microsoft has announced a raft of new Azure features at TechEd 2014, and we take a look at what's in the pipeline 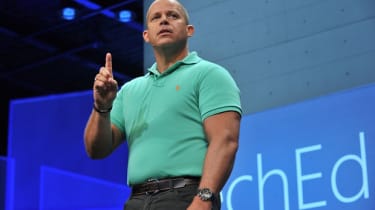 Microsoft has revealed a series of enhancements are in the pipeline for its Azure public cloud platform, designed to bolster its security, performance and disaster recovery capabilities.

The software giant used the first day of its TechEd conference in Houston, Texas, to showcase the improvements, and announce the UK general availability of its Microsoft Azure ExpressRoute service.

The latter provides end users with a private connection between their on-premise IT assets and Microsoft's public cloud, and is being offered in the UK by Equinix and TelecityGroup.

This functionality is designed to let end users tap into Microsoft's cloud resources as and when required, and without having to rely on flaky public internet connections.

Below, we run through the other Microsoft Azure enhancements announced at TechEd this week that IT professionals can look forward to using in the future.

Windows Azure users will soon be able to protect their virtual machines (and any applications they are building on the public cloud platform) with anti-malware tools.

Speaking to IT Pro, Corey Sanders, group manager for Microsoft Azure and the firm's IaaS activities, said the decision to include anti-malware capabilities was not in response to any specific or growing threat to the platform but because users were asking for it.

Historically, disaster recovery has been reserved for only the most mission critical applications for most organisations because it's too expensive.

"It was responsive to customer demand, and I think... when we look at the check box of an IT pro and you go down the list, and say, what do they need?', enhanced security is always going to be listed," said Sanders.

Microsoft has revamped its Hyper-V Recovery Manager to include support for Windows Azure, meaning IT managers can now replicate and recover virtual machines and workloads to the public cloud platform should their primary datacentre go offline.

According to Microsoft, this will make disaster recovery cheaper and easier for enterprises to take advantage of, and means they can backup more workloads than ever before.

"Historically, disaster recovery has been reserved for only the most mission critical applications for most organisations because it's too expensive and too difficult," said Brad Anderson, corporate vice president of Microsoft's cloud and enterprise division (pictured), during the event's opening keynote.

This service, which now goes by the name of Microsoft Azure Site Recovery, will be available to preview from next month.

Moving legacy apps to the cloud can throw up all sorts of storage problems, which is an issue Microsoft hopes to address with the preview release of Azure Files.

This provides users with access to a single pool of storage for multiple virtual machines within the same datacentre, and is available now to preview.

Speaking about the forthcoming release of the product, Anderson said: "Think of now having a share of common storage in Azure with an SMB protocol head to it that all your VMs in Azure and all the applications you're writing can use in a shared manner."

Enterprises with large numbers of Windows apps may struggle when it comes to delivering that software to users of iOS and Android devices.

To work round this, Microsoft has made its Azure RemoteApp offering available for users to preview.

This relies on Azure to let organisations upload their apps and then deliver them to non-Windows devices.

"Every single organisation I talk to has got a very large inventory of Windows applications that they are now trying to deliver down to all their users across all their devices," said Anderson.

"With Azure, we worry about the infrastructure and whether they can scale up or down in line with demand and they only pay for what they use."