How to move to the cloud

The IT Pro Panel offers advice on cloud migrations: where to start, board buy-in, and picking suppliers 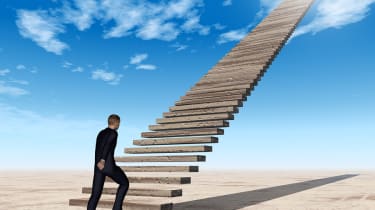 Netflix, one of Amazon Web Services' (AWS) big success stories, has only just finished migrating to the cloud seven and a half years after starting the process back in 2008.

While this may seem somewhat slow for a so-called 'digital native', CIOs and IT directors will recognise why it has taken this long - moving to the cloud is a complicated procedure, even for an AWS poster child.

But while moving to the cloud isn't easy, it offers plenty of benefits, from waving goodbye to big licensing payments to freeing up IT so it can focus on new projects, rather than simply keep the lights on.

The difficult part remains how you migrate - what do you choose to move first? Which provider should you pick? How do you persuade the board to support your plan?

Here to talk you through the best ways to approach a cloud migration is the IT Pro Panel, with some tips and advice to help you get started.

Migrating to the cloud - where to start

Phil Pavitt, Specsavers' CIO overseeing the optician's own cloud journey, points out that IT leaders must have a robust plan of action before beginning a cloud migration project.

"This is tough and needs a proper plan, ownership and timetable," he says. "Do not underestimate the amount of effort required."

But such a blueprint can begin with a simple starting-off point that allows CIOs to test the water with a single project before jumping in.

The problem, as Clive Longbottom, founder of analyst house Quocirca, says, is that it is often not clear what this project should be.

"The decision as to what to move to such a platform is not one that is black and white," he explains. "[Some] will prefer to start with low-level workloads and wait until these are proven before they move anything business important or mission critical over.

"A few others will see cloud as the main means of supporting the dynamic needs of a modern company and will move as much as they can over at an early (ish) stage and keep their fingers crossed."

But IT should start with something that will both demonstrate the benefits of the cloud, and address a specific need of the business, says Alex Hilton, CEO of the Cloud Industry Forum (CIF), an industry body that advises on cloud adoption.

"What we have found in our experience is clients will move to cloud-based solutions based on a specific need," he says. "There may be some legacy applications that frankly are maybe no longer supported. There's got to be some kind of driving business desire behind it."

"It's very much needs-based rather than being led by all the wonderful vendors out there saying it's time to move to cloud," he explains, adding that cloud should be "a fundamental part" of organisations' IT migration strategies.

This means that one organisation's first cloud project can differ wildly from another's depending on their respective aims and IT landscape.

For instance, some companies target systems that are old, expensive to maintain, and ancillary to their core commercial aims.

Putting these in the cloud means the vendor maintains this infrastructure on behalf of the organisation, supplying the necessary servers and other hardware, and taking the weight off the business.

In other cases, firms choose to start with a simple collaboration service, such as Microsoft Office 365, to work in a more agile manner and realise benefits more quickly.

Deciding what to move opens up new decisions to take - whether to go for a private cloud, public cloud, or stick with software-as-a-service, and what platform to consider running their cloud services on.

Specsavers' Pavitt believes that initially, a blend of both private and public is the best option, saying: "The answer is a hybrid, a mix, start private and move towards the public."

Julian David, CEO of industry trade body techUK, concludes: "The starting point for moving to the cloud is understanding where you are at the moment and then choosing what to move in a secure way.

"A move to the cloud should be based on business needs and requirements and finding the right cloud approach for your organisation."

"This 'cloud thing' - the pressure on a CIO is enormous!" says Pavitt, explaining that every member of the board will have their own, often conflicting, views on cloud adoption that they want IT directors to take into account.

"The CEO and/or the board have read about it in an executive magazine and believe it solves all known technology ills, including price, the business has heard about it mainly from unscrupulous suppliers and now believe that unless we adopt it immediately we will be destroyed by the competition, the security officer has heard about it and it's as about as welcome as the norovirus on a cruise ship, the CTO has researched it and has devised the most complex migration and architecture diagram you have ever seen, and finally the commercial leader has seen it and we have to have it now as it costs 1 for 'all you can eat' processing power!" Pavitt says.

So, how does IT juggle all these views and still do what's best for the business?

Quocirca's Longbottom says it is not a case of necessarily recommending the cloud over on-premise alternatives. "Going to the board, IT should never enter into arguments about whether cloud or non-cloud is 'best'," he states.

"IT has to present to the business what options are available from a cost, risk and value viewpoint, and then help the business make the right decision based on the business's risk profile."

The driving force behind the move to cloud is generally the head of IT, according to a recent CIF study, which found that IT leaders were involved in the decision-making process to migrate in 94 per cent of cases and was the final decision-maker in over half of migrations.

But CIF's CEO, Hilton, makes the point that a cloud procurement project might not always be led by IT. Other departments, like marketing, are being granted more power to directly procure cloud services without IT's say-so.

Where that is the case, IT's role becomes one of ensuring the cloud project will integrate well with the company's IT strategy and existing technology landscape.

"What they may not appreciate is the full IT infrastructure environment, when it's usually talked about that migration still needs to go through consideration of old legacy integration and old applications - it's IT's job to guide them on that," Hilton says, calling IT's role "fundamental".

But when leading on cloud migrations, Pavitt stresses the importance of not being unduly influenced by anyone's opinion, whether they are members of the board or supposed experts.

"Cloud is both fashionable and a necessity but can I encourage not to adopt a blind 'follow me' type strategy when looking at the solution - [consider] what suits your business both now and in the future, do not be swayed by consultants and advisors," he says.

IT also plays a crucial role in analysing the security risks the cloud may present to its organisation, and must take responsibility for discussing the IT strategy with the business, adds Pavitt.

He recommends: "Determine what your organisation's risk profile would be, make sure both the business and the board fully understand the direction of travel and sign up to it."

Once you've picked a cloud service and worked with the board, the next step is to pick a provider to supply that service, a process that is not as simple as it sounds.

"If it's a bigger, more complex piece of work, the choice of supplier is absolutely imperative," says CIF's Hilton.

The onus is on the customer to do its due diligence in checking the provider will meet its requirements, and offers good SLAs, but there are organisations out there who can lend a guiding hand.

For instance, CIF has its own code of practice that certifies suppliers who go through a certification process. Customers can look on CIF's website to check if a potential vendor adheres to this code or not.

While it is imperative that the vendor can deliver on its promises, Pavitt recommends focusing on the people, rather than the technology, when choosing a supplier.

"Spend time not on the service - they are quite similar - but on the cultural fit, the team dynamics," he says. "Look them in the eye and imagine what it would be like working with them when a service crisis occurs and choose accordingly."

Quocirca's Longbottom argued that once a supplier is on board, progress goals are not that important or helpful when measuring the success of cloud services or ensuring a supplier is delivering on its promises.

Instead, "key performance indicators should be based around the value, risk and cost areas", he contends.

He lists some examples as: "Did the business manage to sell more products or services at the same or greater margin? Did it lower the number of exceptions and errors happening in key business processes? Is the help desk getting fewer calls around poor performance and business constraints caused by the IT systems?"

While cost savings make the cloud attractive, Pavitt warns not to promise the board large savings for at least the first year.

"The suppliers will bend this topic to attract you, [but] the cost of migration can be substantial," he explains.

Nevertheless, TechUK's David says that monitoring the success of a cloud project is essential in deciding whether to virtualise more workloads, or even move some back on-premise.

"It's important to do a total cost analysis over time to understand the benefits," he says. "In most cases, companies will find that some things are much better in the cloud but others they might keep in-house. Established apps may be better where they are, while fast-moving new ideas or business areas probably work best in the cloud."

Cloud has real potential to help companies cut costs, free up resources and become more efficient. While IT may not always be the catalyst behind cloud adoption, its role in helping the business pick the right workloads to run in the cloud is essential.

IT can guide the business down the right migration path, helping it work out how the cloud fits into the wider technology strategy now and in the longer term.

The board can help by endorsing IT's decisions, and both must ensure they pick the best supplier not just based on technology, but also how good a cultural fit that vendor will prove to be.

Pavitt sums up by saying: "Above all remember cloud is the right way to go but at your pace, to your design. Go play!"