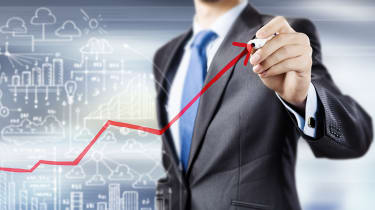 Nutanix has become the most successful company to float on the US Stock Exchange this year, reporting share increases of 130% on its first day trading.

The cloud storage company's share value grew to  $37.00 at the end of last week, compared to its forecasted value of between $13 to $15.

Nutanix's success could, in some part, be a result of utilities and telecoms falling out of favour with investors and innovative technologies boosting the market somewhat. This is despite telecoms soaring almost 22% and utilities 21% in the first six months of 2016.

"[Nutanix] had a huge first half and rallied mostly because they have two characteristics people want especially during times of volatility," said Russ Koesterich at BlackRock told the Financial Times. "First, they are low beta they are less volatile than the markets; second, they offer high yields which became increasingly valuable when interest rates plummeted."

Additionally, the company offers a breath of fresh air to investors looking for something different. Also, only 80 businesses have listed on US markets so far this year, offering little choice for people who want to invest in a new company.

"There was definitely pent-up demand before this because there had been so few opportunities since a year ago," Lise Buyer, a former Google executive who worked on Nutanix's IPO and is now an advisor at Class V Group, told the FT.

Nutanix had a private valuation of more than $1 billion when it became a public company last week, but it priced its IPO above that and sold more than it was predicting, giving it a market value of $5.08 billion.