What to expect from IBM Interconnect 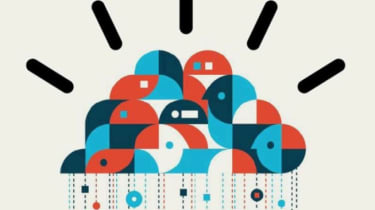 This week is the annual IBM Interconnect conference, a four-day long celebration of everything cloud. I will be on hand to bring you all the latest news and analysis from the event, including the latest goings on in AI, security, IoT and cloud analytics.

This will be the first conference since the company's cloud offerings began to replace its traditional hardware and software business as the main driver of profit. IBM's cloud-as-a-service arm is now worth in excess of $8.6 billion, growing 63% year-on-year in 2016.

The numbers are particularly impressive given that IBM is still only experimenting in its application of Watson APIs, and no doubt the marriage between cognitive and cloud will feature heavily at the conference this year.

I'm expecting to see Watson applied to anything and everything, with not only new APIs for enterprise customers, but also new tools that add to IBM's growing list of healthcare integrations. It seems every other day we are hearing about a new deal between IBM and a health service provider, whether it be arthritis research, disease diagnosis, or patient support through chatbots.

Last year, IBM used Interconnect to introduce a major partnership signed with VMware, which included the joint creation of a new cloud architecture, granting businesses an easier route to hybrid cloud. At the time this was a major announcement, so expect IBM to try and one-up this with a similarly big name collaboration.

Also expect to hear some new developments in IBM's Blockchain push, following on from the creation of its first Blockchain innovation centre in Singapore last July. The company will be eager to share the results of that investment, particularly as organisations are beginning to tap into the Bluemix-hosted technology.

Big announcements will likely arrive on Monday and Tuesday, particularly during the eagerly awaited keynotes. Follow me on Twitter for live tweeting and be sure to check the news feed of our sister site, Cloud Pro, for the latest IBM Interconnect news, analysis and interviews.