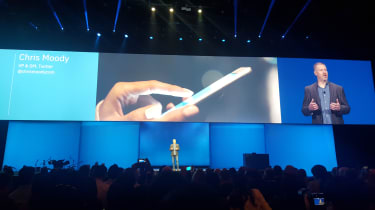 IBM has entered into a partnership with learning community Galvanize to help educate the next generation of data scientists needed to operate emerging cognitive technologies.

The scheme, announced today at IBM's InterConnect conference, is designed to not only teach students the skills required to work with technology such as Watson, but help current data scientists re-skill and help facilitate businesses to scale their operations.

Galvanize, which was first founded in 2012 and provides courses and workspaces for underrepresented job sectors, will receive $10 million of investment from IBM, which will provide a digital 'IBM Cognitive Course' hosted on the Bluemix platform.

Speaking at IBM InterConnect, David Kenny, SVP of IBM Watson and cloud platform, said: "The other folks that are doing AI platforms tend to be more consumer oriented, and tend to be more focused on conversations. But our focus has been AI for business, such as radiology, engineering systems, oil and gas exploration."

However the popularity of AI and cognitive-based solutions has grown, the demand for workers with the ability to interpret data and create insights for businesses has also dramatically increased, a skills gap that industry is struggling to bridge.

"The restraint is having enough data scientists in the clients to do it," added Kenny. "This is why we have invested in people like Galvanize, to help more data scientists understand how to simply use Watson data platform, how to simply access the Watson API, so you can scale in a step by step way."

As part of the announcement, IBM will be establishing a new cognitive curriculum, and a number of physical spaces for training and education, one of the first of which will be at IBM's labs in India, capitalising on an area considered to have one of the largest pools of talented data scientists.

"There is simply more demand for cognitive and AI development skills than currently exists in the market," said IBM chief developer advocate Willie Tejada. "We want to help developers access the skills required to pursue some of the most lucrative jobs in tech, while supporting business by increasing the talent pool."

"There are two areas that we are highly focused in actually bringing skill sets. Number one is taking data scientists that already exist and getting their skill sets up, [but] we actually have to create more data scientists." The second part is IBM's commitment to bringing together scientific communities, as IBM predicts that 100% of all development will eventually utilise cognitive capabilities over the next decade.

The curriculum, hosted on Bluemix, will grant access to IBM's suite of developer tools, including the Watson Data Platform, the Watson Developer Cloud Platform and the IBM Data Science Experience. The course is designed to last four weeks and is self-directed over 40 hours of content.

Users will be introduced to principals of machine learning and AI, as well as the business problems that these emerging technologies are able to deal with, including Watson APIs, the role of architects, and potential issues of building cognitive systems. The hope is this will provide the education resources to allow businesses to re-skill or train the talent they need to scale up their business.