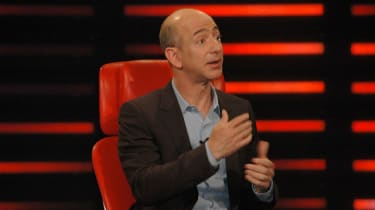 Amazon CEO Jeff Bezos is selling off a billion dollars of his firm's stock to fund his Blue Origin rocket company, it has been revealed.

The online retailing boss told the 33rd US Space Symposium in Colorado Springs, Colorado, that he plans to sell off that amount of stock every year. He is currently the world's second richest person with an estimated fortune of around $78 billion.

"My business model right now for Blue Origin is I sell about $1 billion of Amazon stock a year and I use it to invest in Blue Origin," said Bezos, according to a Reuters report.

At the Symposium, Bezos outlined his plans for Blue Origin and space tourism. The rocket company plans to make its reusable New Shepard vehicle fully operational and ready for paying passengers by 2018. The rocket has already been launched and landed five times.

Bezos demonstrated a mockup of a passenger capsule with six reclining seats and large windows. The company plans to sell tickets to very rich passengers who will then get to go to the edge of space and experience near weightlessness and see the earth.

Blue Origin also has wider ambitions to develop and launch a larger rocket called New Glenn. This would be taller than New Shepard, with seven larger Blue Origin-made rocket engines called BE-4s. This would be capable of going into orbit, but will cost $2.5 billion to develop.

The ultimate plan for Blue Origin is to become a profitable, self-sustaining company that would offer cut-price space travel to allow millions of people to live and work off Earth, according to Bezos. He plans to cut the cost of travel by 99%.

Bezos said that the reusability of spacecraft was key to cutting the price of going into space. He mentioned fellow tech magnate Elon Musk, who is founder and chief executive of SpaceX. SpaceX also put a reused rocket into orbit last week.

"The engineering approach is a little different, but we're very like-minded," Bezos said of Musk.

Bezos didn't say how much he will invest overall but indicated that he will spend whatever it takes to achieve his goal.